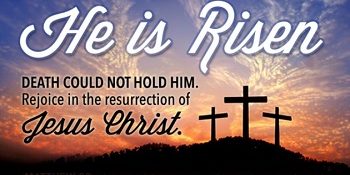 As we remember the death of Jesus in fulfilment of Passover, we also celebrate the resurrection miracle of God’s great deliverance from slavery into freedom.

And for a bang up-to-date example of that, we need look no further than the testimony of Orthodox Jew Yonatan Perry.

Having turned away from God when his father died on his return from army duty and the local rabbi offered him little comfort, he subsequently felt empty.

So when handed a card with The Lord’s Prayer on a bus, he decided to pray the prayer. “My body began to shake; I even felt like crying,” he told the March issue of the Maoz Israel Report.

He searched the net, which took him to a ‘Messianic’ website, but when he discovered it was about Yeshua (Jesus), he rejected this option as he didn’t want to be a ‘Christian’.

Then war broke out in Gaza and, as a reservist, he was called to the front lines. While on guard duty, he noticed his shoelace had come undone and, as he stooped down to tie it, a bullet brushed through his hair!

Shaken to the core, he realised a ‘Higher Power’ had saved his life. And later, during a troubled sleep, he dreamed of a man in a white robe who held out his hand to him, saying: “Son, your sins are forgiven. Go from here.”

He didn’t understand and, in the chaos that followed, he forgot all about it. Then one day he was struck with foreboding “that we needed to get out of the building immediately” and duly ordered his fellow soldiers to do so.

Six minutes later, the building went up in flames as rocket-propelled grenades blasted through the window of the room where they had been sleeping.

Yonatan was severely traumatised as a result and spent over a year in a military hospital. Eventually, he remembered his dream, and of the man in white saying his sins were forgiven.

He took to the internet to see what this meant – in Hebrew of course. “When I realised they were claiming Yeshua was the Messiah, I asked my army representative to get me a New Testament – every soldier is given a Tenach (Old Testament to Christians). But they only had one in English and, with the help of Google translation, I saw how the New was connected to the Old. And I was stunned by how clearly the Tenach’s Messianic prophecies pointed to Yeshua. I finally realised it was the Lord Himself who had appeared in my dream and saved me! And I asked him to help me, if it was indeed him.

“I lay down and slept for 48 hours! Later I slept for three days. I told the incredulous psychiatrist that Yeshua had healed me – and the test results showed a 98% recovery of the brain. I cried out to Yeshua, ‘I’m yours!’ and was released four months later.”

Now healed, restored and forgiven, Yonatan has been baptised in the Mediterranean Sea and is a member of the Tiferet Yeshua Congregation in Tel Aviv.

His pastor, Gil Afriat, said: “It was so wonderful to see his excitement as he understood more and more of the faith.”

As with Yonatan, Jesus said something very similar to a paralytic brought to him: “Take courage, son; your sins are forgiven.” (Matthew 9.2)

Yonatan now works as manager of a medical infrastructure centre at a hospital. His story is living proof that Jesus is indeed alive, and that he brings healing and forgiveness to our sin-filled world.

Many Jews like Yonatan are discovering that Jesus is their own, that he is not a ‘Christian’ as they were led to believe by rabbis and other religious leaders.

The Passover itself, which recalls the time when their enslaved ancestors were miraculously rescued from Egypt, was a perfect picture of what their Messiah would do for them one day. They were instructed to daub the lintels and doorframes of their houses with the blood of a sacrificial lamb, as a result of which the angel of death ‘passed over’ their homes, but did not spare the first-born sons of Egypt.

Jesus died on a cross outside Jerusalem as God’s sacrificial Lamb and, if we mark his blood on the doorposts of our lives, we will find true freedom. As Moses led the Israelites through the Red Sea, which parted so they could walk through on dry land, so Jesus takes us through the waters of death into a resurrection life with him.

Baptism in fact depicts this death and resurrection experience as St Paul writes of being “buried with him (Christ) in baptism and raised with him through your faith in the power of God, who raised him from the dead.” (Colossians 2.12)

Yonatan’s testimony is one of the great signs of our times. When the Apostle Peter stood up on the Day of Pentecost to explain the strange manifestations taking place, he was effectively saying: “This is that…” What they were witnessing was the fulfilment of Joel’s prophecy, that “In the last days, God says, I will pour out my Spirit on all people…” (Acts 2.17)

In the same way today, Christians are announcing to the world that the testimony of Yonatan and many other Jews represents the fulfilment of biblical prophecies, which speak first of the return to their ancient land of Jews dispersed throughout the globe for nearly 2,000 years, and then of their restoration to the Lord God of Israel, revealed in the flesh as Yeshua HaMashiach (Jesus Christ).

For example, Ezekiel writes: “I will gather you from all the nations and bring you back into your own land…” and “I will give you a new heart and put a new spirit in you…” (Ezek 36.24-26)

Jews have now been back in their ancient land for 70 years, which is very significant because it was the same length of time they were exiled in Babylon from 586 BC – long before their worldwide dispersion.

For it was after they returned from Babylon that they rebuilt the walls of Jerusalem and re-dedicated themselves to the Lord.

The Bible also indicates that when the Jews return to the Lord, the Lord will return to the world! (See Zechariah chapters 12-14)