Who Separated Passover From Easter? 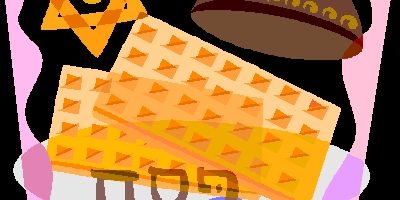 This year, as Christians celebrate Good Friday, Jews will be celebrating Passover. But most years, the two holidays are separated, sometimes by several weeks. How did we end up with two distinct holy seasons when, in the beginning, they were one?

It’s important to remember that, two-thousand years ago, there were not two different faiths, Judaism and Christianity. Instead, Jesus the Jewish Messiah came to His Jewish people with a message of salvation, and that message was then preached to the whole world.

In the beginning, it was an exclusively Jewish movement, and the first disciples were all Jews, with names like Yaakov (James) and Yehuda (Judas) and Yochanan (John). In fact, the Lord’s name was Yeshua, not Jesus, and He was a rabbi, not a reverend. As for His mother, her name was Miriam, not Mary.

And when did Yeshua die for our sins? It was in conjunction with the Passover. And He rose from the dead on Firstfruits, which took place on the first day after the Passover Sabbath. (In other words, on that Sunday.) And when did He send the Holy Spirit? It was at Pentecost, the Jewish feast of Weeks (Shavuot).

So, these momentous events – the Messiah’s death and resurrection and sending the Spirit – all happened in conjunction with the Jewish biblical calendar. (See Leviticus 23; for more on the Jewish roots of the faith, see my book The Real Kosher Jesus.)

This was understood by many of the first Gentile converts, which is why Paul wrote this to the believers in Corinth: “Clean out the old leaven, that you may be a new lump, just as you are in fact unleavened. For Christ our Passover also has been sacrificed. Let us therefore celebrate the feast, not with old leaven, nor with the leaven of malice and wickedness, but with the unleavened bread of sincerity and truth” (1 Cor. 5:7-8).

Over time, the followers of Jesus began to mark the day of His death and the day of His resurrection, leading to what we know today as Good Friday and Resurrection (or, Easter) Sunday. But at first, this was done during the Passover season. How, then, did it get separated, becoming a separate holiday called Easter?

“The point of disagreement was this: should the Gentile ekklesia commemorate the death and resurrection of Yeshua on the fourteenth of Nisan, when the Jews celebrate the Passover? Those who said yes were called the Quartodecimans (from the Latin word for “fourteenth”). Their practice likely derived from the early Jewish ekklesia. The small communities of Jewish Yeshua-believers in the second century almost certainly maintained this custom. . . . The problem came from the fact that the Gentile ekklesia of the province of Asia (in Asia minor) was Quartodeciman and claimed that their practice was of apostolic origin.

“The Quartodeciman controversy observing was disturbing, since (if followed) it would obligate the entire ekklesia to order its liturgical calendar in accordance with the decisions of the Jewish community. In a matter of great practical import it expressed dependence upon and even solidarity with the wider Jewish world” (Post-Missionary Messianic Judaism, 199).

The problem, then, was simple: Following the Jewish calendar was too Jewish for the increasingly Gentile church! The idea of a Sunday celebration of the resurrection was not the real issue, since that could have been done, theoretically, in conjunction with Firstfruits. The issue was having a major Christian (which by then meant “non-Jewish”) holy day determined by the Jewish calendar. That was simply unacceptable, leading to the final decision at the Nicene Council in A.D. 325. As Kinzer notes, “Constantine’s language is almost embarrassingly direct.”

“It was declared to be particularly unworthy for this, the holiest of all festivals, to follow the custom of the Jews, who had soiled their hands with the most fearful of crimes, and whose minds were blinded. In rejecting their custom, we may transmit to our descendants the legitimate mode of celebrating Easter, which we have observed from the time of the Saviour’s Passion to the present day . We ought not, therefore, to have anything in common with the Jews, for the Saviour has shown us another way; our worship follows a more legitimate and more convenient course (the order of the days of the week); and consequently, in unanimously adopting this mode, we desire, dearest brethren, to separate ourselves from the detestable company of the Jews, for it is truly shameful for us to hear them boast that without their direction we could not keep the feast . . . it would be still be your duty not to tarnish your soul by communications with such wicked people .”

Yes, such language is “almost embarrassingly direct,” not to mention shamefully unchristian. How painfully ironic that the resurrection of Yeshua the Messiah had to be separated from anything Jewish! If ever there was a tragic severing of Jewish roots, this was it.

How, then, do we reconnect these severed roots? My proposal is radical, requiring a change of the most commonly-used Church calendar. But, to be candid, severing Easter from Passover was radical.

Here, then, is what I propose. Let the Church celebrate Easter in conjunction with Passover, coordinating its calendar with the biblical, Jewish calendar. And during the Passover week, commemorate Yeshua’s death on Friday and His resurrection on Sunday. Can anyone give me a biblically-based reason not to?

Category: Feasts and festivalsBy The Jerusalem ConnectionMarch 30, 2018Leave a comment