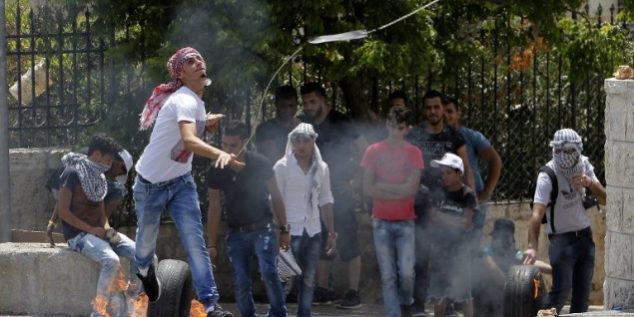 A plurality of Palestinian Arabs support terror attacks against Israelis Jews, while only about a quarter say they support negotiations to resolve the conflict, a new poll shows.

According to the results of a survey released Thursday by the Palestinian Center for Policy and Survey Research, nearly 40% of Arab residents of Jerusalem, Judea, Samaria, and the Gaza Strip backed the use of violence against Israelis – called by the euphemism “armed struggle” for the purposes of the poll.

The survey polled 1,270 Arab respondents from December 7th to 10th, including 830 Arabs in Jerusalem, Judea, and Samaria, and 440 residents of the Hamas-ruled Gaza Strip.

The poll also showed that were a peace plan presented to both sides following negotiations, a majority of both Israelis and Palestinian Authority residents would not accept it.

An even smaller number of Palestinian Arabs, the PCPSR survey suggests, support the renewal of negotiations, with just 26.2% saying they believe the PA should pursue a peace deal.

A plurality of respondents (38.4%) said they backed the use of violence – called “armed struggle in the poll, the PA’s term for anti-Israel terrorism – including 43% of Gaza Strip residents. Smaller minorities supported waging an “unarmed struggle” against Israel (11% of all respondents), and maintaining the status quo (19.7%).

“There is absolutely no doubt that the Trump statement was the fundamental cause,” said Khalil Shikaki.