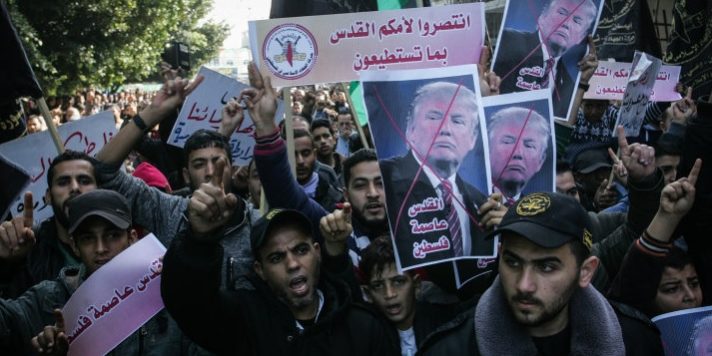 US President Donald Trump poured cold water on his friend and ally, Prime Minister Benjamin Netanyahu, on Wednesday by rejecting the notion that America’s embassy could move to Jerusalem by the end of 2018.

A day earlier, Netanyahu had gleefully told reporters during his ongoing visit to India that the relocation of the US Embassy to Israel’s capital would happen “much faster than people think, within a year from today.”

“By the end of the year? We’re talking about different scenarios — I mean obviously that would be on a temporary basis. We’re not really looking at that. That’s no.”

In his December 6 declaration officially recognizing Jerusalem as the capital of Israel, Trump announced that the US would move its embassy to the Holy City, but that the process would take time.