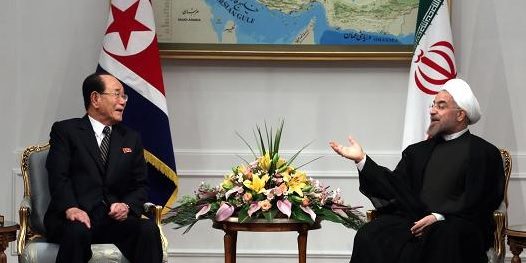 Israel’s northern frontier will be the source of greatest concern in 2018, according to the Institute for National Strategic Studies’ strategic assessment for the year, submitted to President Reuven Rivlin on Monday.

The institute’s report warns that Israel could find itself fighting the “first northern war” simultaneously against three adversaries: Iran, Hezbollah, and the Syrian regime.

It warns that Iran is continuing to build and arm its proxies near Israel’s borders and that the deepening of Iran’s involvement in Syria – along with the Israeli determination to counter that activity – could lead to an escalation “which would not be limited to one actor and would lead to simultaneous fighting in both Syria and Lebanon.”

Israel’s southern front poses a lesser threat, but it too could erupt into a military confrontation, according to the institute. The report says that despite the general deterrent effect on Hamas in the Gaza Strip, there is potential for a flare-up. It says that although neither side currently wants to see hostilities erupt, an escalation could be triggered by incidents driven by jihadi elements. The humanitarian situation in the Gaza Strip could also come into play.

The report says a third threat facing Israel comes from the increased proximity of the Islamic State organization to Israel’s borders. It says that precisely because Islamic State has been dealt a crushing blow in its main strongholds in Iraq and Syria, the organization will seek to shift the focus of its activity to other areas, including the southern Golan Heights and the Sinai Peninsula in Egypt.

The report also says that Israel maintained its military superiority and calm borders in 2017, but U.S. influence is eroding in the region and Russia becoming the dominant power in the region over the past two years.

On Iran’s nuclear program, the report says that despite U.S. President Donald Trump’s vocal criticism of the deal, it has remained intact. The report says it is unlikely any changes will be introduced without the consent of the other world powers that were partners in the deal.