The Seeds of Messiah Planted in the UN Jerusalem Vote 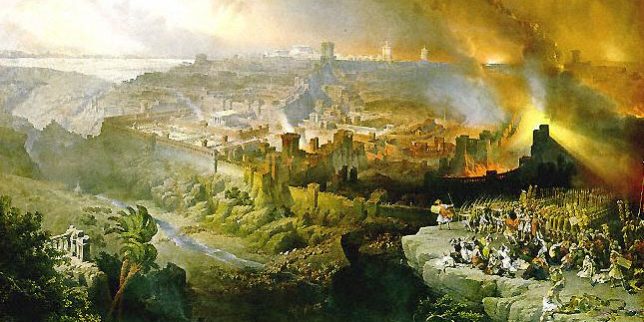 The Tenth of Tevet, a fast day that began Thursday morning, commemorates the beginning of the Greek siege of Jerusalem, an event one rabbi sees mirrored in the hateful United Nations vote last week that attempted to isolate Jerusalem from the world. In the spirit of one of the most venerated sages in Jewish history, this rabbi sees the UN vote as proof that the Third Temple will rise again.

On the tenth of Tevet in the year 3336 (425 BCE), the armies of the Babylonian Emperor Nebuchadnezzar laid siege to Jerusalem. This began the three-year process that led to the destruction of Solomon’s Temple and the Babylonian Exile lasting 70 years. To commemorate the day, Jews observe a day of fasting, mourning, and repentance. The fast begins at sunrise and ends at sunset.

Rabbi Shimon Apisdorf, an award-winning author and teacher for the Yeshiva of the Nations, sees the United Nations General Assembly vote last Thursday as a replay of an event recorded in the Talmud.

“It is fitting that what happened at the UN should happen now, since it was basically an attempt by the enemies of Israel to put Jerusalem under siege, to isolate the city, just as the Greeks did,” Rabbi Apisdorf told Breaking Israel News. “But the seeds of Messiah were hidden, planted in the destruction of the Temple.”

Rabbi Apisdorf referred to a story in the Talmud in which a group of rabbis, including Rabbi Akiva, one of the most revered scholars in the history of Judaism, went up to the Temple Mount after the destruction of the Temple. The rabbis were dismayed at the scene and performed the mitzvah (commandment) of tearing their clothes upon seeing the destruction. Rabbi Akiva, on the other hand, laughed when he saw a fox, an impure animal, running through the ruins of the Holy of Holies. Rabbi Akiva explained that he had laughed because of two prophecies.

Therefore shall Tzion for your sake be plowed as a field and Yerushalayim shall become heaps and the mountain of the house as the high places of a forest. Micah 3:12

Rabbi Akiva stated that since the first prophecy had come to pass, as evidenced by the fox running through the ruined Temple, the later prophecies concerning the Temple could now also come to pass.