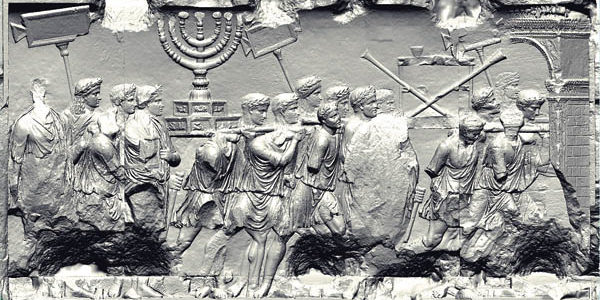 US President Donald Trump’s declaration recognizing Jerusalem as Israel’s capital takes us back to the following question: Why we didn’t get such a recognition in the 18 years between the end of the War of Independence and the Six-Day War?

The answer, in my opinion, has nothing to do with the stance of the Arab states (which didn’t even recognize Israel) or of Islam, but with the relations between Christianity and Judaism and the Christian nations’ stance on Jerusalem.

Jerusalem occupies a unique place in Christianity, which includes not only religious sacredness but also a political status. Historian Joshua Prawer pointed out that both the Christians and the Jews had chosen Jerusalem as their capital when they had the military and political power to do so. The Muslims, on the other hand, never did that.

The Muslims, who controlled the land for more than 1,000 years, attributed a religious importance to Jerusalem but didn’t attribute any political importance to the city. They didn’t turn it into a capital, and never saw it as equal to Cairo, Baghdad or Damascus. When Salah ad-Din conquered Jerusalem from the Crusaders, he didn’t turn it into his capital. Neither did the Ottoman occupiers. While it was Sultan Suleiman I who built the wall adorning the Old City, Jerusalem was actually rather neglected during most of the Ottoman rule. It was administratively subject to the Damascus region, and then to the Sidon and Beirut region. Only at the very end of the Ottoman era, after the Western powers invested huge amounts of money in Jerusalem, its importance grew in the eyes of the Ottomans too and its legal system was directly controlled by Istanbul.

The Jordanians did the same. After conquering east Jerusalem in the War of Independence, they didn’t turn it into their capital. The Jordanian capital remained in Amman. If the Saudis indeed suggested that the Palestinian capital would be outside Jerusalem, in Abu Dis, they acted according to the old Islamic tradition.

The Christians, on the other hand, made Jerusalem their capital twice: Once when they established the Kingdom of Jerusalem at the end of the First Crusade, making Jerusalem its capital of course; and the second time, exactly 100 years ago, when General Allenby conquered the Land of Israel from the Ottomans. The Brits received the mandate of the Land of Israel, and the British Mandate’s capital was Jerusalem of course.

The Christian stance was reflected in the United Nations Partition Plan on November 29, 1947. The resolution, which recommended dividing the land into two states, a Jewish one and an Arab one, included a special chapter dedicated to Jerusalem, which was supposed to become a separate political entity controlled by a UN trusteeship council. But such an entity wasn’t established, as the world powers and the UN were unwilling to provide the required military and economic measures.

Nevertheless, the world’s Christian states, which were willing to recognize the State of Israel, were unwilling—in the period before and after the Six-Day War—to recognize Jerusalem, where Jesus was tried and executed and which was the capital of the Crusaders’ kingdom, as the Jewish people’s capital.

The US recognition of Jerusalem as Israel’s capital (although without defining its borders) has dramatic implications, therefore, as a significant move of reconciliation between Christianity and Judaism and as a recognition of the Jewish people’s crucial part in determining Jerusalem’s centrality in the Western culture.