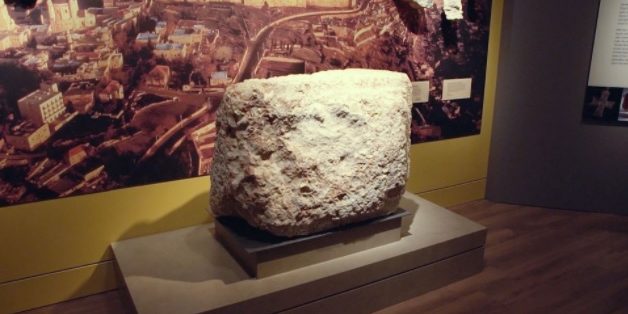 The minds behind Washington, D.C.’s new Museum of the Bible are making sure to include the historic Land of the Bible to give visitors a more complete experience. There couldn’t be a more natural fit.

Visitors to most museums are greeted with “Don’t Touch” signs when it comes to ancient artifacts… but not here.

“I think one of the most emotional artifacts in exhibition will be a one-ton stone from the Western Wall that people can touch,” said Israel Antiquities Authority Curator Debora Ben Ami.

For centuries, people have traveled from around the world to Jerusalem to pray at the Western Wall. Now, one of these stones, from the Roman destruction of the Jewish Temple made the journey to the U.S. to be part of the new Museum of the Bible.

“We have actually a label ‘Touch Me’ because we think people would like to see and feel the connection between being in the States and touching a stone from Jerusalem from the first century BC,” Ben Ami told CBN News.

There are some 800 artifacts on permanent exhibit, all excavated in Israel.

“This is the name of the exhibition – the People of the Land, showing the different cultures of the Land from the Canaanites, Philistines, Israelites, Edomites, Second Temple Period, Byzantine Times,” she added.

CBN News spoke with Ben Ami at the IAA warehouse in Beit Shemesh, outside Jerusalem, where workers crated the items and shipped them to the U.S.

“We have a special crate and we get it in a plane and is sometimes challenging to put in place but they have now a new and nice place to be. It’s difficult but not impossible,” she said.

Ben Ami helped design the museum’s Israel exhibit. They installed the Western Wall stone and other artifacts like this piece from King Herod’s palace at Masada.

There’s also an area that ensures return visitors to see something new.

The first will feature glass production in Israel.

“This not only important but a beautiful one and a new discovery of a hoard of artifacts from the Roman period from a ship from under water in Caesarea,” she added.

While artifacts are often loaned for temporary showings, this is the first time the Israel Antiquities Authority has created a permanent exhibition outside of Israel.

It’s an opportunity to get a glimpse of the Holy Land without visiting the Middle East.