‘This was never Palestinian land’ 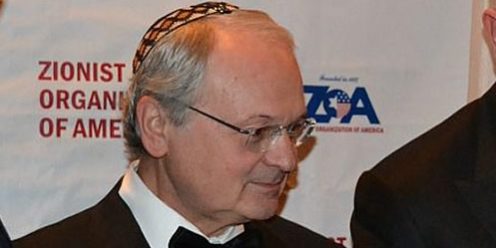 “This was never their sovereign land,” said Klein. “And if it was their sovereign land, how could it be that they would have named it ‘Palestine’ – a Roman name, not an Arab name? We are the only significant organization making it clear to Congress and the media and in public speeches that there is no ‘occupation’. This is holy Jewish land, it has never been sovereign Arab land.”

In addition, Klein noted, Israel has withdrawn from nearly all Arab population centers in Judea, Samaria, and Gaza, granting autonomy to the overwhelming majority, 98%, of Arabs in those areas.

“There are many falsehoods in the world being perpetrated against Israel. I’ll only mention one – besides Apartheid and that Jerusalem is holy to Muslims, a total falsehood – this nonsense of ‘occupation’. Is there really an ‘occupation’ now?”

“Israel has given away all of Gaza, 40% of Judea and Samaria. That’s where 98% of the Palestinians live. They have their own parliament, schools, textbooks, newspapers, radio stations, TV, businesses, police force. There is no ‘occupation’.”

Klein touted his organization’s credentials as the only “organization today of significance that opposes a Palestinian terror state,” and that “opposes any more unilateral concessions to Abbas and his racist, bigoted, Jew-hating terrorists. No more concessions!”

Founded in 1897 as the Federation of American Zionists, the ZOA has some 25,000 members.