Lebanese President: If there’s a war – Israel will lose 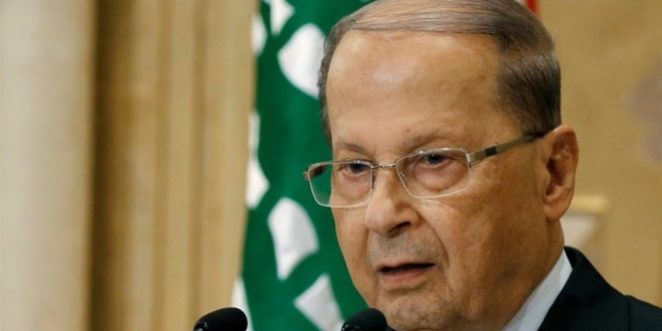 Lebanese President Michel Aoun on Thursday ruled out the possibility of a war with Israel, but said that if such a war were to occur, all the citizens of his country are willing to battle Israel.

Speaking to the Kuwaiti-based Al-Rai newspaper, Aoun said, “I do not think there will be war with Israel, because Israel would not win such a war.”

He then added, “All Lebanese are ready to resist. All the Lebanese are prepared to fight against Israel. Yes, we are a small country, but we have reestablished our national unity, and part of that is a united opposition to anyone who attacks our country.”

This is not the first time that the Lebanese president has threatened Israel. In February, he warned that any Israeli attempt to violate Lebanon’s sovereignty would be met with the “appropriate response”.

Several weeks earlier, Aoun called on Arab nations to come together to “protect” the multi-faith character of Jerusalem, accusing Israel of trying to “Judaize Palestine”.

Israel and Lebanon, where the Hezbollah terrorist group has a strong political presence, do not have diplomatic relations.

Aoun’s interview with the Kuwaiti newspaper was published hours after Arab media reported that Israel attacked an arms factory in the rural areas south of the Syrian city of Homs.

The attack, which Israel has not confirmed, was reportedly carried out from Lebanese territory. It is unclear if Aoun’s comments were directly related to that specific incident.