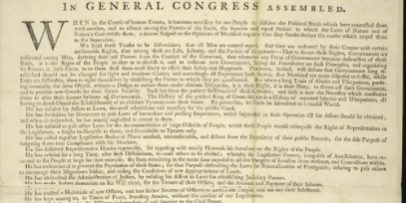 The article below was also published in 2008 as a pamphlet by an evangelical Christian organization and distributed to tens of thousands of its members, even though it utterly refutes the “two-state” solution” verbally endorsed in 2009 by Prime Minister Benjamin Netanyahu in a speech he gave at Bar-Ilan University!

Contrary to the governments of the United States and Israel, various experts in both countries reject the “two state” solution to the Israeli-Palestinian conflict. I shall set forth Economic, Demographic, Political, Strategic, and even Democratic arguments against a “Palestinian” state. Let’s begin with the

a. A RAND Study indicates that a Palestinian state would not be economically viable. It would require $33 billion for the first ten years of its existence – and this was said before the current economic crisis confronting the united States – indeed, the world

b. Further, more than two million Arabs restricted to 2,323 square miles of the “West Bank,” and another million squeezed into 141 square miles in Gaza, is a formula for economic stagnation and discontent. The projected state would be a cauldron of envious hatred of Israel fueled by the leaders of one or another group of Arab thugs parading under the banner of Allah.

a. “Two-state solutionists” warn about the burgeoning population of Arabs between the Jordan River and the Mediterranean. These Arabs, they contend, will soon outnumber the Jews – a demographic development that necessitates a Palestinians state. The former Likud government of Ariel Sharon, without any public argumentation, used this demographic contention to justify its implementation of Labor’s policy of unilateral disengagement from Gaza in 2005. Its successor, the Livni Government used the same policy to withdraw from Judea and Samaria.

b. However, a 2005 groundbreaking study by the American-Israel Demographic Research Group (AIDRG) (www.aidrg.com) revealed that Israel does not need to retreat from Judea and Samaria to secure Jewish demography. Such a retreat was based on the erroneous assumption that Jews are doomed to become a minority between the Jordan River and the Mediterranean. The new study demolishes this assumption.

c. The study shows that the Palestinian Central Bureau of Statistics exaggerated the Arab population in Judea, Samaria, and Gaza by nearly 50%. Rather than 3.8 million Palestinians, it was no more than 2.4 million. Since those registered as Jews in Israel comprise almost 80% of Israel’s population, they make up a 59% majority with Gaza and Judea and Samaria and a solid 67% majority with Judea and Samaria without Gaza!

d. The American and Israeli researchers also found that Jewish fertility rates are steadily increasing while Arab fertility rates are steadily decreasing. Not only is there no demographic time-bomb necessitating the surrender of Judea and Samaria to Palestinian terrorists, but Israel’s demographic position should encourage its government to develop a strategy for annexing Judea and Samaria. Only a party that advocates annexation is worthy of support.

a. According to Maj.-Gen. (res.) Giora Eiland, former head of Israel’s National Security Council, “the Palestinians do not truly desire the conventional two-state solution. The Arab world, especially Jordan and Egypt, does not support the two-state solution” (Jerusalem Post, September 23, 2008).

b. Dr. Yuval Steinitz, former Knesset Foreign Affairs and Defense Committee chairman, said that the idea of a two-state solution should be dead. “A Palestinian state in Judea and Samaria would bring about Israel’s demise.… Such a Palestinian state would immediately become an outpost for Iran” (Jerusalem Post, September 14, 2008).

c. Advocates of a Palestinian state live in fantasy world or lack the intellectual courage to acknowledge the obvious: the Palestinians are committed to Israel’s annihilation. A generation of Arab children has been educated to hate Jews and emulate suicide bombers. Dr. Daniel Pipes said it would take at least two generations to undo such indoctrination.

a. On December 29, 2002, the freighter Karin A set sail from Iran, en route to the Suez Canal. It was boarded by Israeli commandos without opposition from the four crewmen, who were members of the Palestinian naval force. When the commandoes examined the ship’s cargo, they discovered launchers and rockets, mortars, anti-tank weapons, mines, 2 tons of explosives, assault rifles, machine guns, sniper rifles with telescope lenses, hand grenades, and hundreds of thousands of rounds of ammunition—enough weaponry to tilt the balance of terror with Israel. The destination of the Karin A? Gaza. Ronen Bergman writes: “… the shipment of arms on the Karen A represented a significant escalation in Iranian support for Arafat and the Palestinians, making that conflict a newly central theater in Iran’s war with Israel.” (The Secret War with Iran, 2008, p. 270)

b. Even if it were agreed that a Palestinian state must be demilitarized, only fools would be believe that the Arabs would abide by such an agreement – no more than they adhered to the arms limitations in the Oslo Agreement.

c. A Palestinian threat would thus be a mortal threat to Israel – nd the United States would lose its most important strategic ally in the Middle East, an ally that provides the US with priceless intelligence, technological and even military assistance, and, strange as it may seem, an economic market whose value far exceeds that of U.S. military aid.

a. Rigid adherence to the principle of self-determination would endow any ethnic group with the right to elect a tyrannical form of government, whether fascist, communist, or Islamic. Abraham Lincoln said, “No people have a right to do what is wrong.” Hamas, an Islamic terrorist group dedicated to Israel’s destruction, was victorious in the democratic 2006 elections. Ponder these words of the American Declaration of Independence:

We hold these truths to be self-evident, that all men are created equal, that they are endowed by their Creator with certain unalienable Rights, that among these are Life, Liberty and the pursuit of Happiness.—That to secure these Rights, Governments are instituted among Men, deriving their just powers from the consent of the governed.

b. Underlying these words of the Declaration is the Biblical conception of man’s creation in the image of God (Genesis 1:27). The Declaration portrays man as a rational being who possesses free will and capable of distinguishing right from wrong. Without such a conception of human nature, the signers of the Declaration would have had no rational or moral grounds for rebelling against Britain whose colonial governments violated the “Laws of Nature and of Nature’s God.”

c. This “Higher Law” doctrine of the Declaration provides a set of standards by which to determine whether granting of national self-determination to any ethnic group can be justified. It cannot be justified among people steeped in ignorance or habituated to violence and servitude. John Stuart Mill said in his book Representative Government that a people may lack the moderation which representative government requires of them: “Their passions may be too violent, or their personal pride too exacting, to forego private conflict, and leave to the laws the avenging of their real or supposed wrongs.”

d. The “Palestinians” have not merely bungled their every chance of self-government by boosting the likes of Yasser Arafat and now Hamas thugs as their leaders. Having educated their children to emulate suicide bombers, the goal of these Arabs is not statehood but Israel’s annihilation. It follows that a people’s right to national self-determination is not an absolute: it is limited by rational and moral considerations. It would be irrational and unjust to permit a people, in the name of self-determination, to establish a form of government that denied its neighbor’s right to self-determination. This would be the inevitable consequence of establishing an Arab Palestinian state on Israel’s doorstep.

a. Since it would be wrong and destructive to establish a Palestinian state in Judea and Samaria, the only plausible venue for such a state – as many have proposed – is Jordan whose population is about 60 percent Palestinian.

b. A further word is necessary. America’s ruling elite no longer venerates the principles on which their country was founded. For this we can thank their universities, which are now steeped in moral relativism. Meanwhile, and more ominous, Israel’s ruling elite, including Benjamin Netanyahu, has arrogantly discarded the Book of Genesis whose teachings made Western civilization possible. This bodes ill for the future of mankind, which is now threatened by a new Dark Age lurking in the resurgence of Islam and spearheaded by Iran via the “Palestinians” whose ultimate target is Jerusalem.◙