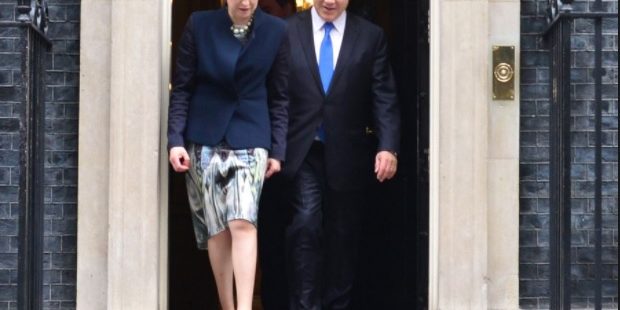 This week Israel’s judo team was harassed and discriminated against by UAE officials when they tried to board a flight from Tel Aviv to Istanbul, en route to Abu Dhabi to participate in the Judo Grand Slam competition.

Apropos of nothing, UAE told the Israelis they would only be permitted to enter the UAE from Amman. And once they finally arrived at the competition, they were prohibited from competing under their national flag. Lowlights of the UAE’s shameful bigotry included the forcing Tal Flicker to receive his gold medal under the international Judo association’s flag with the association’s theme song, rather than Israel’s national anthem playing in the background and the sight of a Moroccan female judoka literally running away from her Israeli opponent rather than shake hands with her.

The discrimination that Israel’s judokas suffered is newsworthy because it’s appalling, not because it is rare. It isn’t rare. Israeli athletes and performers, professors, students and tourists in countries throughout the world are regularly discriminated against for being Israeli Jews. Concerts are picketed or canceled. Israelis are denied educational opportunities and teaching positions.

Israeli brands are boycotted and Israeli shops are picketed from Montreal to Brooklyn to Johannesburg.

The simple act of purchasing Israeli cucumbers has become a political statement in countries around the world.

And of course, there is the world of diplomacy, where the nations of the world seem to have flushed the news of Israel’s establishment 70 years ago down the memory hole. The near-consensus view of UN institutions and to a growing degree, of EU institutions, not to mention the Arab League and the Organization of the Islamic Conference, is that the Jewish exile should never have ended. The Jews should have remained scattered and at the mercy of the nations of the world, forever.

In the face of the growing discrimination Israelis suffer and rejection Israel endures, how are we to look at the centennial of the Balfour Declaration, which we will mark next Thursday? One hundred years ago, on November 2, 1917, Arthur Balfour, foreign secretary of Great Britain, detonated a bomb whose aftershocks are still being felt in Britain and worldwide.

That day, Balfour issued a letter to Lord Walter Rothschild, the leader of the British Jewish community.

The letter, which quickly became known as the Balfour Declaration, effectively announced the British Empire supported an end of the Jewish people’s 1,800-year exile and its return to history, as a free nation in its homeland – the Land of Israel.

In Balfour’s immortal words, “His Majesty’s government view with favour the establishment in Palestine of a national home for the Jewish people, and will use their best endeavours to facilitate the achievement of this object.”

The Palestinian Arab leadership at the time rejected his statement. Shortly thereafter the Arabs initiated a terrorist onslaught against the Jewish community in the Land of Israel that has continued, more or less without interruption, ever since.

Indeed, for the Palestinians, nothing has changed. They have not moved an inch in a hundred years. PLO chief and Palestinian Authority Chairman Mahmoud Abbas now demands that Britain officially renounce the Balfour Declaration and apologize for having issued it as if Lord Balfour was still foreign secretary and David Lloyd George was still prime minster.

Their growing chorus of supporters at the UN, throughout the Islamic world, and in Europe is similarly stuck in 1917.

May said on Wednesday that she is “proud” to commemorate the declaration. In her words, “We are proud of the role that we played in the creation of the State of Israel and we certainly mark the centenary with pride.”

This was certainly nice of her. But May also felt it necessary to tip her hat to the Balfour haters. So she added, “We must also be conscious of the sensitivities that some people do have about the Balfour Declaration and we recognize that there is more work to be done. We remain committed to the two-state solution in relation to Israel and the Palestinians.”

This bring us back to the Palestinians, and the UAE, and the protesters who will be screaming out against Balfour and David Lloyd George from one end of Britain to the other next week demanding their declaration be withdrawn and history rolled back.

These people are not fringe elements. They have lots of people in positions of power in Britain who agree with them.

Britain’s main opposition party is being led by an ardent Israel-basher. Labour leader Jeremy Corbyn announced Monday that he will not be participating the Balfour centennial ceremonies. And that makes sense.

It would be awkward for a man who was elected and reelected after calling Hezbollah and Hamas terrorists his “friends,” to be celebrating Britain’s role in establishing the state his friends are working to destroy.

Corbyn’s boycott, and his very rise to power, are clear signs that Balfour’s legacy is a mixed bag.

Except that it isn’t a mixed bag.

In fact it is richly ironic that the Palestinians and their supporters blame the British for the establishment of Israel. Shortly after the Balfour Declaration was issued, British authorities, particularly on the ground in the Middle East, did everything they possibly could to cancel it.

In 1920, British military officers asked the local Arab strongman Haj Amin al-Husseini to incite a pogrom in Jerusalem over Passover. Husseini’s thugs murdered four Jews and wounded many more. The purpose of the pogrom was to convince the British Parliament to cancel the Balfour Declaration.

The plan didn’t work. Lloyd George and Balfour and their colleagues weren’t interested in abandoning their three year old declaration.

Two years later the League of Nations established the British Mandate for Palestine on the basis of the Balfour Declaration. But the seeds of doubt were duly sown.

Almost immediately after the League of Nations issued the Mandate, the British carved off three-quarters of the territory earmarked for the Jewish national home to create Trans-Jordan.

It was largely downhill from there.

The Mandate required Britain to fulfill the promise of the Balfour Declaration, by among other things facilitating mass Jewish immigration to the Land of Israel. Yet, with each successive wave of Arab terrorism against the Jews, the British issued restrictions on Jewish immigration and limitations on the right of Jews to purchase land that grew harsher with each iteration. These actions paved the way for the 1939 White Paper which abrogated the Balfour Declaration in all but name. It renounced Zionism, and effectively ruled out any possibility of a viable Jewish state being established by blocking Jewish immigration and land purchase.

It also sealed the fate of the Jews of Europe, by denying them the ability to flee to the one place on earth that wanted them – their home.

British antagonism to Jews and their national liberation movement only grew in the postwar years. News of the Holocaust didn’t move the British to fulfill their commitment under the Balfour Declaration. Instead, they threw Holocaust survivors into prison camps in Cyprus and raised the Arab Legion, the most powerful Arab military force in the 1948-49 War of Independence. Britain only recognized Israel in 1950.

So again why is Netanyahu making the trip to London? On the face of it, aside from Germany, no country is less deserving of Jewish gratitude than Britain.

But not everything is cut and dried.

For while it is true that the Balfour Declaration didn’t change the world, or even the British, it changed the Jews.

After 1,800 years of dispersion and hopelessness, here was the British Empire saying that the time had come for the Jews to reconstitute themselves as a free nation in their land.

These were all significant milestones.

But until Great Britain announced it supported Zionism, the vast majority of Jews thought the national liberation movement was doomed to fail just like all of its messianic predecessors.

Suddenly, Balfour made it practically possible to achieve the goal of national liberation. Under the League of Nations Mandate, Jews were given a legally binding international charter for the reconstitution of their national homeland.

Just as importantly, if not more importantly, the Balfour Declaration ignited the imaginations and passions of Jews throughout the world. For the first time since the fall of Betar, Jews, dispersed throughout the nations dared to believe that the reconstitution of Israel could happen in their lifetimes.

True, for 6 million Jews in Europe, it was not realized in time. But here too the Balfour Declaration was significant. The legitimacy that the Balfour Declaration conferred on Zionism in the eyes of world Jewry gave the Jews an answer to Hitler. As the Nazis rose to power, for the first time, the Jews knew what they needed to do. For the first time, the majority of world Jewry embraced Zionism.

After the Holocaust, that support became a demand. And due to the Balfour Declaration, the nations of the world – particularly the US – were empowered to stand up to the British government and demand that it step aside and allow the Jews to establish their state.

The Balfour Declaration didn’t change the way non-Jews felt about the Jews. It empowered the Jews to change their fate. And it gave license to the nations of the world to support them – if only fleetingly in most cases – and so allowed history to change in a revolutionary way for the Jewish people.

Israel’s first prime minister David Ben-Gurion famously said, “It doesn’t matter what the gentiles say. It matters what the Jews do.”

Ben-Gurion’s statement was harsh. But it was also accurate, by and large. Generally speaking, the nations of the world have not supported the Jews, not in the Diaspora and not in Israel. Jewish survival has always been more a function of Jewish action than gentile sympathy.

So Netanyahu is right to travel to London to show his appreciation for the Balfour Declaration – protests or no protests. Indeed, he would be right to go to London even if Corbyn were prime minister and no one greeted him at the airport. By showing our enduring appreciation for what the British government did for the Jews a hundred years ago, we may inspire new unknown Balfours to stand with us tomorrow, even as the chorus of Balfour-haters drones on and on and on.

Red Alert: Can Anyone Explain Israeli Politics (and how it relates to global antisemitism and anti-Zionism)?
November 9, 2022
Israel Is Not an Apartheid State
June 9, 2022
Red Alert: Not just the rise, but the acceptance of antisemitism—what can we do about it?
May 18, 2022
Glory or weakness?
March 22, 2022
Germany loosens asylum requirements for Ukrainian Jews amid ongoing war with Russia
March 10, 2022
Iranian media slanders Zelensky with antisemitic article
March 10, 2022