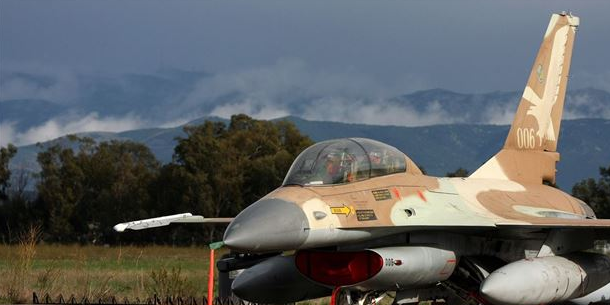 In a private email leaked to the public in September of 2016, former secretary of state and retired U.S. Army general Colin Powell alluded to Israel having an arsenal of “200 nuclear weapons.” While this number appears to be an exaggeration, there is no doubt that Israel does have a small but powerful nuclear stockpile, spread out among its armed forces. Israeli nuclear weapons guard against everything from defeat in conventional warfare to serving to deter hostile states from launching nuclear, chemical and biological warfare attacks against the tiny country. Regardless, the goal is the same: to prevent the destruction of the Jewish state.

Israel set off to join the nuclear club in the 1950s. David Ben-Gurion was reportedly obsessed with developing the bomb as insurance against Israel’s enemies. Although an ambitious goal for such a small, initially impoverished country, Israel did not have any security guarantees with larger, more powerful states—particularly the United States. The country was on its own, even buying conventional weapons off the black market to arm the new Israeli Defense Forces. Nuclear weapons would be the ultimate form of insurance for a people that had suffered persecution but now had the means to control their own destiny.

Ben-Gurion instructed his science adviser , Ernst David Bergmann, to direct Israel’s clandestine nuclear effort and set up and chair the Israel Atomic Energy Commission. Shimon Peres, who later went on to serve as president and prime minister of Israel, cultivated contacts with a sympathetic France that resulted in the latter agreeing to supply a large, heavy water nuclear reactor and an underground plutonium reprocessing plant, which would turn spent reactor fuel into the key ingredient for nuclear weapons. The reactor was built at Dimona in the Negev desert.

By the late 1960s the United States assessed Israeli nukes as “probable,” and U.S. efforts to slow the nuclear program and get Israel to join the Nuclear Nonproliferation Treaty went nowhere. Finally in September 1969, Nixon and Israeli Prime Minister Golda Meir reportedly reached a secret agreement that the United States would cease its demand for inspections and Israeli compliance with antiproliferation efforts, and in return Israel would not declare or test its nuclear weapons.

Israel didn’t have long to wait for its first nuclear crisis. The 1973 Yom Kippur War saw Arab armies achieve strategic surprise, sending Israeli ground forces reeling in both in the Sinai desert and the Golan Heights. Israeli nuclear weapons were placed on alert and loaded onto Jericho I surface-to-surface missiles and F-4 Phantoms. Determined Israeli counteroffensives were able to turn the situation on both fronts around, and the weapons were not ultimately used.

Not much is known about early Israeli weapons, particularly their yield and the size of the stockpile. The strategic situation, in which Israel was outnumbered in conventional weapons but had no nuclear adversaries, meant Israel likely had smaller tactical nuclear weapons to destroy masses of attacking Arab tanks, military bases and military airfields. Still, the relatively short ranges between Israel and its neighbors meant that the Jericho missile, with only a three-hundred-mile range, could still hit Cairo and Damascus from the Negev desert.

Israel does not confirm nor deny having nuclear weapons. Experts generally assess the country as currently having approximately eighty nuclear weapons, fewer than countries such as France, China and the United Kingdom, but still a sizeable number considering its adversaries have none. These weapons are spread out among Israel’s version of a nuclear “triad” of land-, air- and sea-based forces scattered in a way that they deter surprise nuclear attack.

Israel’s first nuclear weapons were likely gravity bombs delivered by fighter aircraft. The F-4 Phantom is thought to be the first delivery system; as a large, twin-engine robust fighter, the Phantom was probably the first aircraft in the Israeli Air Force capable of carrying a first generation nuclear device. A new, smaller generation of nuclear gravity bombs likely equips F-15I and F-16I fighters. While some might argue a gravity bomb is obsolete in light of Israeli advances in missile technology, a manned aircraft allows a nuclear strike to be recalled right up to the last minute.

Israel’s first land-based nuclear weapons were based on Jericho I missiles developed in cooperation with France. Jericho I is believed to have been retired, replaced by Jericho II and -III ballistic missiles. Jericho II has a range of 932 miles, while Jericho III, designed to hold Iran and other distant states at risk, has a range of at least 3,106 miles. The total number of Israeli ballistic missiles is unknown, but estimated by experts to number at least two dozen.

Like other nuclear-armed nations, the Israeli Navy has reportedly deployed nukes to what is generally agreed to as the most survivable seagoing platform: submarines. Israel has five German-built Dolphin-class submarines, which experts believe are equipped with nuclear-tipped cruise missiles. The cruise missiles are reportedly based off the Popeye air-to-ground missile or the Gabriel antiship missile. This ensures a so-called “second-strike capability”—as long as one submarine is on patrol, some portion of Israel’s nuclear deterrent remains invulnerable to a nuclear first strike, guaranteeing the ability to launch a nuclear counterattack.

The establishment of a nuclear triad demonstrates how seriously Israel takes the idea of nuclear deterrence. The country will likely not declare itself a nuclear power any time soon; ambiguity over ownership of nukes has served the country very well. The 2015 Joint Comprehensive Plan of Action and general instability across the Middle East has ensured that Israel will likely remain the only nuclear-armed state in the region for the foreseeable future, but a collapse of the agreement or some new nuclear program could easily change that. In the meantime, Israel’s ultimate insurance policy isn’t going anywhere.

This story was originally published by The National Interest

Kyle Mizokami is a defense and national-security writer based in San Francisco who has appeared in the Diplomat, Foreign Policy, War is Boring and the Daily Beast. In 2009, he cofounded the defense and security blog Japan Security Watch. You can follow him on Twitter: @KyleMizokami .