The Embassy, the NIF, and the U.S.-Israeli Jewish divide 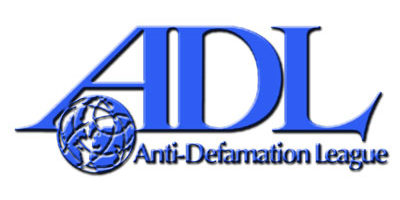 The Anti-Defamation League released a truly shocking poll of Israeli opinion last week. You wouldn’t guess that from reading the newspaper headlines, which were all about decades-old divisions in Israeli society. But here’s the shocking part: Over a fifth of respondents accused Diaspora Jews of contributing to those social divisions.

While some Israeli minorities might plausibly say this (ultra-Orthodox Jews upset by American Jewish pressure for religious pluralism, radical leftists upset by American Jewish support for Israel), it’s hard to see those minorities alone adding up to 21 percent of respondents. But why would any mainstream Israelis, who have traditionally been appreciative of Diaspora Jews’ political and financial support for Israel, now feel that overseas Jewry has become a negative factor, a force contributing to social divisions?

If I had to answer in four words, I’d say “the New Israel Fund.” But the NIF is merely the most visible face of a deeper problem, as demonstrated by another shocking poll released last month: Mainstream American Jews are increasingly siding with Israel’s enemies on issues that many Israelis consider fundamental to their country’s well-being.

The first asked respondents what they thought about moving the U.S. Embassy from Tel Aviv to Jerusalem. Supporting the embassy move used to be a mainstream American Jewish position. Yet in this poll, only 16 percent of respondents favored moving it immediately. Even more shocking, only another 36 percent supported moving it “at a later date in conjunction with progress in Israeli-Palestinian peace talks.” A full 44 percent said they didn’t want the embassy moved, period.

Most Israelis want international recognition of Jerusalem as their capital. Palestinians, by contrast, overwhelmingly oppose it. So on an issue where Israelis and Palestinians are clearly at odds, American Jews overwhelmingly opted to side with the Palestinians against Israel. Almost half didn’t want the embassy moved at all, and most of the rest wanted to give the Palestinians de facto veto power over the move–which is the real meaning of saying it should happen only “in conjunction with progress” in peace talks. And needless to say, recognition of Judaism’s holiest city—the focus of Jewish prayers for millennia–as Israel’s capital is hardly a trivial issue.