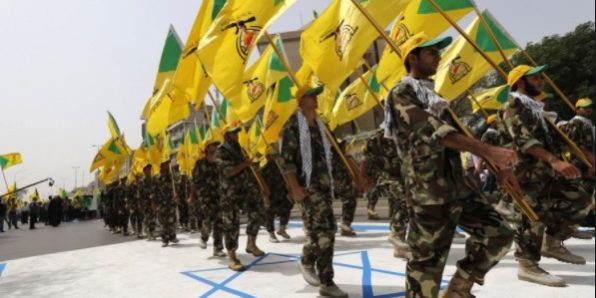 Five projectiles from Syria set off air raid sirens in Israeli communities on Saturday, prompting the IDF to say it would step up its response to stray fire from the Syrian civil war that has repeatedly spilled over its northern border.

The fire at the Golan Heights caused no injuries or damage. The IDF fired at three Syrian artillery guns in response and reported hitting its targets.

While errant fire into Israel, spilling over from the battles Syrian President Bashar Assad’s forces are waging against rebel groups trying to unseat him, is not unusual, it has increased in frequency in recent months. The IDF Spokesperson’s Unit said that Saturday’s fire was particularly unusual, prompting concerns that this time it was not accidental but rather intentional fire at Israel.

This assessment was based on the fact that at the time the projectiles hit the Israeli side of the border, fighting in the Harfa area from which the fire emanated was not intensive enough to result in errant spillover.

“Whether the fire was errant or not, any future occurrences will force the Israel Defense Forces to intensify its response,” the military said in a statement. “Israel holds the Syrian regime responsible and won’t tolerate any attempt to breach Israeli sovereignty.”

Military intelligence assessments have so far ruled out the possibility that any group other than the Syrian army had fired at Israel, but an intelligence official stressed that Israel had no indication of an official policy change in Syria with this regard.

However, the official added, the IDF has yet to rule out the possibility that a junior Syrian officer or an unknown third-party had initiated the fire independently.

Meanwhile, Syrian officials said the incident was “an attempt by Israel to stir provocation,” saying Israel was itself responsible for the rocket fire into Israel “through rebel groups doing its bidding.”

“Israel is using the rebel organizations to justify its criminal attacks on Syrian soil,” one official was quoted by local media as saying.

The Syrian army said militants in nearby territory fired mortar rounds into the Golan Heights. A rebel official in Quneitra said pro-government fighters had been shelling insurgent-held parts of the province when some of the shells hit the Golan Heights.

“The Israeli enemy assaulted one of our military positions this morning, which led to material damages,” the Syrian army said.

Syria’s Foreign Ministry warned of “the grave consequences of such repeated aggressive acts.” In a letter to the U.N., Syria denounced Israel’s retaliatory fire as “a flagrant violation of Syrian sovereignty.”

While the incident alarmed residents in the border-adjacent communities, who reported hearing loud explosions before being able to reach bomb shelters, the military said that at this time, there was no need for any change in the residents’ routine.

The incident did not dampen the popularity of the area among Israelis and tourists visiting the Golan Heights, and hundreds took advantage of the pleasant weather to visit the area over the weekend.