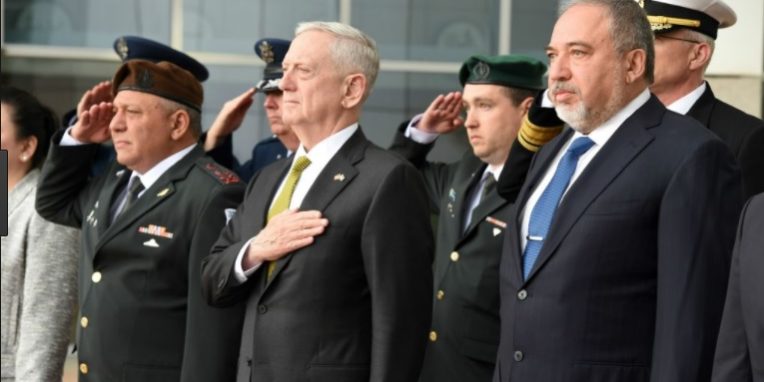 Defense Minister Sergei Shoigu told Israel that Moscow has agreed to expand a buffer zone along the Israeli-Syrian border, where Iranian and Hezbollah forces will not be allowed to enter, Arab media reported Wednesday.

The statement attributed to an Israeli diplomatic official by London-based Asharq Al-Awsat said that Russia had refused the Israeli request for a 40 kilometers (25 miles) buffer zone, but expressed willingness to extend a 10-15 kilometer off-limits zone. Russia, which views Iran as a key player in resolving the crisis in Syria, has repeatedly emphasized the importance of the role that the Islamic Republic plays in the war-torn country.

As the war in Syria seems to be winding down in Assad’s favor due to Moscow’s intervention, Israel fears that Iran will help Hezbollah produce accurate precision-guided missiles and aid Hezbollah and other Shi’ite militias to strengthen their foothold in the Golan Heights.

Israeli Prime Minister Benjamin Netanyahu has publicly criticized a US-Russian cease-fire deal in Syria, saying that it does not include any provisions to stop Iranian expansion in the area. Russia is reported to have rejected a request from Jerusalem for a 40-kilometer buffer zone between the Golan Heights and any Iranian-backed militias in Syria, only agreeing to make sure that no Shi’ite fighter would come closer than 5 kilometers from Israel.

According to the report in Asharq al-Awsat, Shoigu told Israeli officials that the 40 km demand was unrealistic and that Iranian and Hezbollah troops have not approached the border since Russian troops entered Syria, saying that therefore the request was “exaggerated” and “superfluous.”

Israeli officials have repeatedly voiced concerns over the growing Iranian presence on its borders and the smuggling of sophisticated weaponry to Hezbollah from Tehran to Lebanon via Syria, stressing that both are red-lines for the Jewish State.

Hours before Shoigu landed in Israel, Israeli fighter jets destroyed a Syrian anti-aircraft missile battery stationed some 50 kilometers east of Damascus which had fired on Israeli planes in Lebanese airspace earlier that morning.

While Russia was updated about the incident in real time, according to the Israeli sources quoted by Asharq al-Awsat, the incident overshadowed the meeting and caused some tension between the officials. The report alleged that Shoigu considered it a “dangerous hostile operation that almost caused a severe crisis.”

Israel and Russia implemented a de-confliction mechanism system over Syria to prevent accidental clashes between the two militaries.

Defense Minister Avigdor Liberman who met privately with Shoigu at the IDF’s Kirya Military Headquarters in Tel Aviv Monday evening stated that “we will not interfere in Syria’s internal affairs but on the other hand we will not allow Iran and Hezbollah to turn Syria into a forward outpost against Israel and we will not allow the transfer of sophisticated weapons from Iran through Syria to Lebanon.”

Liberman will leave Wednesday night for a four-day visit to the United States to meet with his US counterpart James Mattis. During their previous meeting the two defense chiefs discussed issues such as the ongoing civil war in Syria and the threats posed by Iran and it is believed that Liberman will ask Mattis for the US to act against Iran’s growing entrenchment in Syria.