In pictures: The proud lions of Jerusalem 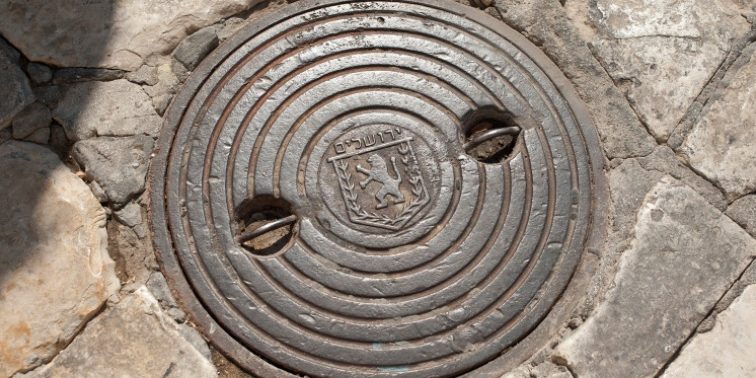 Jerusalem – as any resident or visitor will attest – is home to many cats. And while debate rages over the good and evil of Jerusalem’s ubiquitous strays, another proud member of the feline family is even more visible to those with an attentive eye: the Jerusalem lion.

On every street, in parks and porticos, on garbage cans and swaying in the breeze atop steely flagpoles, lions quietly watch over Israel’s capital.

The most prominent and oft-spotted cat is the Lion of Judah, standing erect on back paws in the insignia of the Jerusalem municipality, which adopted the symbol in 1950.

Jerusalem was the capital of the Kingdom of Judah and home to the tribe of Judah, who is blessed by his father Jacob in the book of Genesis as a “gur aryeh,” a young lion. Manhole covers, metallic park benches, and the neon-orange vests of city workers all feature the lion emblem.

A more playful version of the standing lion – seen riding a bicycle with a windblown mane and tail – adorns the many new bike-parking racks around Jerusalem.

The lion’s share (pun intended) of Jerusalem’s other lions features an eclectic remnant of the lion sculpture project launched in 2002, during which 80 lions were colorfully stylized by Israeli artists, scattered in scenic locales around the city and then sold in a public auction, with proceeds going to charity.

Check out all of these Jerusalem Lion’s on Israel21C’s photo blog.