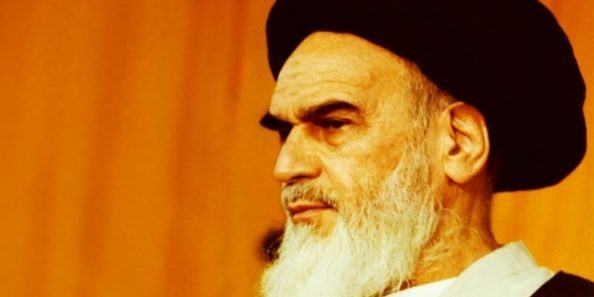 Some time back it was reported that an alert Maryland police officer saw an Islamic woman in an SUV videotaping a bridge’s support structures. He arrested the driver, Ismail Elbarasse—a Hamas and Muslim Brotherhood operative. An FBI raid on Elbarasse’s home unearthed a trove of Islamic doctrinal books and key Muslim Brotherhood documents—which became evidence in the largest terrorism-financing trial in U.S. history.

Islam’s books are “the real bomb,” Muslim reformer Islam al-Behery said. Its ideology is “its blueprint” for world domination. A document from the Elbarasse raid outlines the Muslim Brotherhood’s phased plan to destroy Western civilization from within:

Other documents outline the plan to replace the U.S. Constitution with sharia (Islamic law). Sharia is based on the Quran and other Islamic writings. Moderates see it a spiritual struggle, or outwardly observe it for fear of reprisal. But for radicals, sharia is the legal and political foundation for jihad and global rule, a power play to force Islam on the world. The D.C. based Center for Security Policy calls it a “totalitarian ideology” controlling all legal, political, military, economic and social life. No other laws or governments may coexist with sharia. It’s primarily political, not religious; though in America it masks itself as a religion to manipulate the First Amendment as a front for seditious activity.

The Quran requires all Muslims to wage jihad (holy war) against infidels (non-Muslims). Jihad calls for multiple stages and platforms—violent and pre-violent. An Elbarasse memorandum calls the pre-violent “settlement process” in North America “civilization jihad” to destroy the Western way of life. In jihad’s final, violent stage, non-Muslims convert or die. Though jihad is obvious in North America and Europe, it’s not limited to the West.

The phased plan is a template for radical Muslim subjugation. Indonesia, a secular, mostly moderate Muslim-majority democracy, is a case in point. Its motto, “Unity in Diversity” reflects its six religions and 300 ethnicities. Though religious parties’ gains in national elections have been paltry, locally elected lslamists passed more than 400 sharia ordinances, according to economist.com. Christian incumbent Basuki Tjahaja “Ahok” Purnama lost a recent governor’s race when radical Islamists told Muslim voters that Islam forbids voting for Christians. A video of Ahok’s rebuttal was edited to appear he was insulting the Quran. Charged with blasphemy, he lost the election and was sentenced to jail.

Ahok’s conviction—accompanied by violent rallies and death threats, shows the chilling influence on pluralism by “hardline Islamism that the government and judiciary are reluctant to oppose,” said Time reporter Nicola Smith. In Indonesia, radical Islamists have advanced their plan for global dominance to Phase Four.

Then there’s Iran, whose visceral anti-Semitism and poisonous ideology infuses jihad and sharia, but with a twist. The late Ayatollah Khomeini, and his successor, Ayatollah Ali Khamenei, sidestepped Shi’a belief that the Mahdi (12th Imam), a quasi-messianic figure, must return before waging jihad, and adopted an ideology promoting a senior Shiite cleric to theocratic political power over Shiites worldwide. Khomeini offered himself as successor to the 12 Imams, thus “inheriting the mantle of leadership directly from Muhammad,” said expert Clare Lopez.

Khomeini inserted his doctrine into the 1989 constitution, in which the regime’s objective is global conquest under sharia rule and nuclear dominance is a surefire path to achieve that goal.

Iran and its proxies not only menace Israel’s existence and portend regional upheaval, the “bomb” of Islamist ideology threatens the lives and freedoms of every sovereign nation in the world.