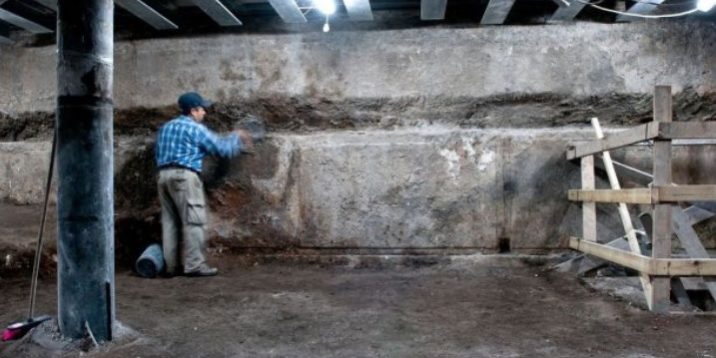 In a surprising find by the Israel Antiquities Authority (IAA), archaeologists have unearthed an ancient theater, the first ever found in Jerusalem, which proves Jewish heritage reaches back thousands of years. Dating back to the Roman period, the Western Wall Heritage Foundation and the Western Wall rabbi have deemed the finding to be affirmation of the eternal bond between the Jewish people to Jerusalem and the Western Wall, which predates the Roman structure.

Yohanna Bisroar of the Western Wall Heritage Foundation told Breaking Israel News that the Roman structure, which is found near the Western Wall, or Kotel, is “another testimony of the deep connection of the Jewish people to Jerusalem and to the Western Wall.”

Similarly, the rabbi of the Western Wall, Rabbi Shmuel Rabinowitz, lauded the archeological findings that “allow our generation to actually touch the ancient history of our people and Jewish heritage and its deep connection to Jerusalem.” He continued, “I am certain that the deeper we dig, the earlier the periods we will reach, further anchoring the profound connection of the Jewish people to the Land of Israel and to Jerusalem.”

In collaboration with The Western Wall Heritage Foundation, the IAA excavated the Roman theater-like structure under Wilson’s arch in the Western Wall Tunnels beneath the Kotel. The excavations have exposed a large, preserved portion of the Western Wall stone courses that has been hidden for 1,700 years.

According to site excavators Dr. Joe Uziel, Tehillah Lieberman, and Dr. Avi Solomon, from a research perspective, this is a “sensational” and “emotional” finding, as it confirms historical writings from the Second Temple period and after, such as the writings of Romano-Jewish scholar Flavius Josephus, which describe theater-like structures near the Temple Mount.

The Palestinians’ Most Dangerous Enemy Is Archaeology
October 10, 2020

Davidic dynasty symbol found in Jerusalem: Once in a lifetime discovery
September 3, 2020