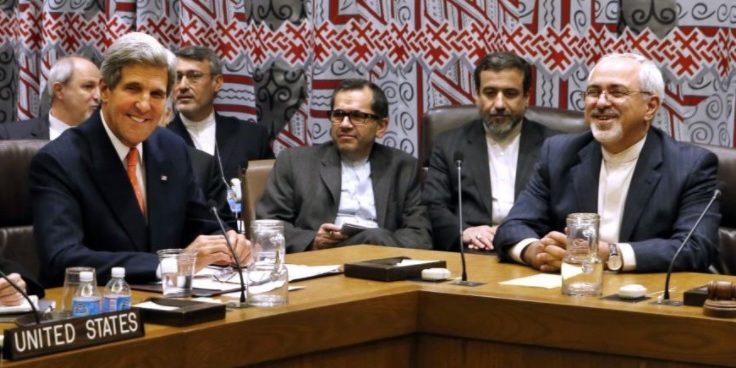 A senior White House official briefed Republican leadership Wednesday on President Donald Trump’s decision not to certify Iran’s compliance with the Iran nuclear deal – a move that will keep the US within the agreement, but will begin a debate on Capitol Hill over whether to withdraw from it.

Members of Congress were updated by National Security Adviser H.R. McMaster, who confirmed Trump’s decision and promised the president would lay out a comprehensive strategy on Iran in a speech later this week.

Congressional officials told The Jerusalem Post that the briefing was only offered to Republican lawmakers. White House Press Secretary Sarah Sanders said that Trump would lay out his Iran policy in a speech scheduled for midday on Friday.

“He was on the Hill to discuss Iran today, but I cannot confirm what he said or didn’t say,” said one source familiar with the briefing.

Should Trump decertify Iran’s compliance to the deal, formally known as the Joint Comprehensive Plan of Action, he will be doing so under the structure of an American law passed in 2015 – not under terms of the JCPOA itself. That US law intended to provide Congress with review powers over the nuclear accord.

The president’s failure to certify that the nuclear deal is “in the national security interests of the United States” would prompt a 60-day congressional review period, in which lawmakers may elect to restore sanctions on Tehran – effectively killing the deal – to take symbolic action, or to do nothing.

McMaster offered Republican leaders draft legislation that would “fix” the most problematic aspects of the deal, according to NBC News.

But Congress has no power to amend or renegotiate the JCPOA. The Post could not independently verify this portion of NBC’s report.

The report further states that Trump administration officials are still debating whether to designate the Revolutionary Guard Corps – Iran’s largest economic entity and primary military organization – as a terrorist organization, a move that would trigger a series of sanctions on the group and would draw a sharp response from Tehran.

In an appearance with Fox News and in a later committee hearing devoted to Iran, Rep. Ed Royce, a Republican from California and a prominent critic of the nuclear agreement, cautioned against moving too quickly against it.

“As flawed as the deal is, I believe we must now enforce the hell out of it,” Royce said, adding that his greatest concern with the accord is the international nuclear watchdog’s inability to access Iran’s military bases to inspect for nuclear work.

Most GOP lawmakers have cautioned against withdrawing from the agreement, saying that fixing its greatest flaws – such as the absence of access to any site the Islamic Republic declares to be a military installation, and expiration dates for caps and limits on its nuclear infrastructure – can only happen from within.

“Destroying the JCPOA would be a gift to the most radical and dangerous elements in Iran,” House Minority Leader Nancy Pelosi said in a statement on Wednesday night.

While decertification would not necessarily “destroy” the JCPOA, Pelosi said that the president’s move would undermine US credibility with its allies and amount to a “reckless” move.