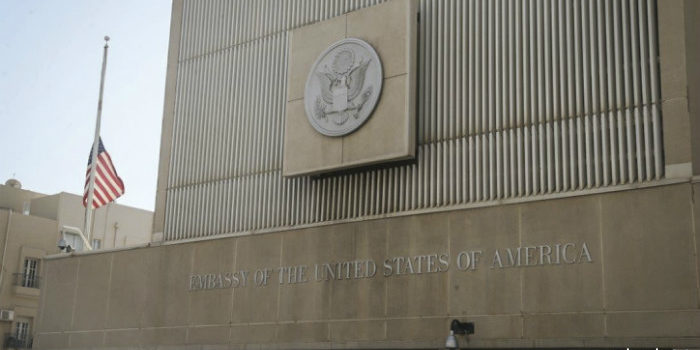 The Trump administration remains committed to moving the US Embassy in Israel from Tel Aviv to Jerusalem, but its Mideast peace team stands united behind the president in his resolve to delay the move, a senior White House official told The Jerusalem Post on Tuesday.

In a weekend interview with former Arkansas governor Mike Huckabee, President Donald Trump said he wants to give Israeli-Palestinian peace talks a shot “before I even think about moving the embassy to Jerusalem.”

“If we can make peace between the Palestinians and Israel, I think it’ll lead to, ultimately, peace in the Middle East, which has to happen,” Trump said.

The president signed a waiver in June that puts off a congressionally mandated relocation of the embassy. In doing so, he explained that the move was a matter of “when, not if.”

He will have to provide Congress with another update on his policy by the end of December.

“We’re going to make a decision in the not too distant future,” he told Huckabee.

Administration officials cautioned against reading too far into the president’s comments, after several members of the Likud expressed disappointment in his remarks.

“The president is committed to facilitating an enduring peace deal,” said the senior White House official. “He was speaking about where things are right now and, as he has made clear before, the moving of the embassy is a matter of when, not if.”

“The administration is fully unified on this issue,” the official added.

Trump has repeatedly stated that Israeli-Palestinian peace is one of his top priorities as president.

Leading his effort are Jason Greenblatt, his special representative for international negotiations, and Jared Kushner, his son-in-law and senior adviser.

The Democratic Senate minority leader, Chuck Schumer of New York, weighed in on the president’s remarks on Tuesday, calling once again for the embassy’s swift relocation.

“President Trump’s recent comments suggest his indecisiveness on the embassy’s relocation,” Schumer said. “As someone who strongly believes that Jerusalem is the undivided capital of Israel, I am calling for the US Embassy in Israel to be relocated to Jerusalem.”