Sukkot (Feast of Tabernacles) guide for the perplexed, 2017 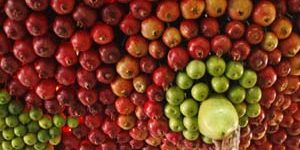 1. Sukkot and Senator Robert Byrd. The holiday of Sukkot (the Feast of Tabernacles) is dedicated to the study of the Book of Ecclesiastes, which was often quoted by the late Senator Robert Byrd, the longest serving Senator and Member of Congress in US history, who was known to quote Biblical verses. For example, on November 7, 2008, Senator Byrd announced his retirement from the chairmanship of the Senate Appropriations Committee: “’To everything there is a season and a time for every purpose under heaven.’ Those Biblical words from Ecclesiastes 3:1 express my feelings about this particular time in my life.” On September 9, 1998, Senator Byrd made the following Senate floor remarks on the Lewinsky affair: “As the book of Ecclesiastes plainly tells us, ‘there is no new thing under the sun.’ Time seems to be turning backwards in its flight. And many of the mistakes that President Nixon made are being made all over again.”

2. The Book of Ecclesiastes, written by King Solomon accentuates Solomon’s philosophy of the importance of humility, morality, patience, learning from past mistakes, commemoration and historical perspective, family, friendship, long-term thinking, proper timing, realism and knowledge. The Hebrew name of Ecclesiastes is Kohelet, (קהלת), which is similar to the Biblical commandment to celebrate the community-oriented Sukkot holiday – Hakhel (הקהל), which means “to assemble,” as well as “public” (קהל) and “community” (קהילה). Solomon’s call for the realization of human fallibility, vulnerabilities and limitations is consistent with a central message of Sukkot: a seven day relocation from one’s permanent residence to the temporary, humble, wooden Sukkah (booth).

3. The temporary structure of the Sukkah highlights the historical significance of the permanent Jewish State in the Land of Israel – which must not be taken for granted – while commemorating the fragile and vulnerable nature of Jewish sovereignty and the Jewish people: the destruction of the two Temples (586 BCE and 70 CE), the ensuing exiles, the expulsion of Jews from England (1290), Venice (1421), Koln (1424), Milan (1489) and Spain (1492) and the Holocaust.

4. The Hebrew root of Sukkah stands for key characteristics of the relationship between the Jewish people, the Jewish Homeland and faith in God: Sukkah (סכה) is “wholeness” and “totality” (סכ), the “shelter” of the tabernacle (סכך), “to anoint” (סוך), “divine curtain/shelter” (מסך) and “attentiveness” (סכת).

5. The US covenant with the Jewish State is accentuated by Columbus Day, which is celebrated around Sukkot. According to “Columbus Then and Now” (Miles Davidson, 1997, p. 268), Columbus arrived in America on Friday afternoon, October 12, 1492. It was the 21st day of the Jewish month of Tishrei, in the Jewish year 5235, on the 7th day of Sukkot, Hoshaa’na’ Rabbah, which is a day of universal deliverance and miracles. Hosha’ (הושע) is “deliverance” in Hebrew and Na’ (נא) is the Hebrew word for “please.” The numerical value of Na’ in Hebrew is 51 (נ – 50, א – 1), which corresponds to the celebration of Hoshaa’na’ Rabbah on the 51st day following Moses’ ascension up to Mt. Sinai.

6. Sukkot, the Feast of Tabernacles( סכותin Hebrew), is named after the first stop during the Exodus, the town of Sukkota (סכותה) – Exodus 13:20 and Numbers 33:3-5. It commemorates the transition of the Jewish people from bondage in Egypt to sovereignty in the Land of Israel; from nomadic life in the desert to permanence in the Promised Land; from oblivion to deliverance; and from the spiritual state-of-mind during the High Holidays to the mundane of the rest of the year. Sukkot aims at universal – not only Jewish – deliverance.

7. Sukkot is the 3rd major Jewish holiday – following Rosh Hashanah and Yom Kippur – in the month of Tishrei, the holiest Jewish month. According to Judaism, 3 represents divine wisdom, stability, integration and peace. 3 is the total sum of the basic odd (1) and even (2) numbers. The 3rd day of the Creation was blessed twice (“And God observed that it was well done”); God appeared on Mt. Sinai 3 days following Moses’ ascension of the mountain; there are 3 parts to the Bible, 3 Patriarchs, 3 annual pilgrimages to Jerusalem, etc.

8. The commandment to erect Sukkot (booths), and celebrate a 7-day-holiday, was specified in Leviticus 23:42-43.

Passover and the Coronavirus: The Blood of the Lamb
April 7, 2020