Say Hello and Goodbye to September 23 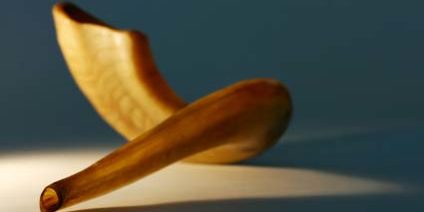 In April 2011, William Taply (pictured) published a video discussing the planetary alignment that would happen on September 23, 2017. Taply, a prophet in his own eyes, based his prediction on his own earlier “prophecies,” along with a computer program called Stellarium.

His conclusion is that the upcoming alignment of the moon, Jupiter, the Sun, Mercury, Mars, Venus and the position of the constellation Leo right on top of Virgo, are the literal manifestation of Revelation 12:1-2, which reads: “…a great sign appeared in heaven: a woman clothed with the sun, with the moon under her feet and a crown of twelve stars on her head. She was pregnant and cried out in pain as she was about to give birth.”

This composition of stars that, according to Taply, will hover over Jerusalem, will happen only on September 23, 2017. On that day, there will appear in the sky Virgo, who is the woman pregnant with a child clothed with the sun, and the moon under her feet. The crown of twelve stars on her head is Leo with its nine stars, plus three additional aligning “stars” in Mercury, Mars and Venus. This cluster of stars, says Taply, resembles the crown, although a bit in a Celtic shape.

Virgo, the “woman,” is giving birth to Jupiter, symbolizing Jesus. Taply believes his image is a visible heavenly sign of warning that will be followed by the great final war of Armageddon, which is supposed to break out in 2017.

Taply’s prediction was further popularized by Evangelical preachers like Scott Clarke of ERF Ministries, Greg Lauer of Revelation 12 Daily, and Gary Ray of the news portal Unsealed Christian. This “prophecy” even caught the attention of media outlets like the Washington Post, the Boston Globe and CBN News.

September 23 comes just as the Jewish feast of Rosh Hashanah (new year) ends. Though this biblical holiday marks the beginning of 22 days – from Rosh Hashanah to the Feast of Tabernacles – during which God judges every single Jew for the previous year’s deeds, the Evangelical heavenly warning sign does not appear on the Jewish radar.

The few similar end-times sensational Jewish predictions give a broader picture, though few would risk providing an exact date. www.sod1820 for one states that the prophesied War of Gog and Magog already began on August 28 2017, when North Korea launched a missile toward the territorial waters of Japan. This site brings Hurricane Irma as another clear end-time sign. By dividing the Hebrew spelling of the word Irma, a known Jewish interpretation tool, the authors of this website came up with “fear God” (yere mh’). They also see the shape of a trumpet (shofar) in Irma’s path of destruction.

Rabbi Nir Ben-Artzi, another controversial but popular end-time “prophet,” continues to warn Jews through his weekly “messages” that Gog and Magog is already happening in plain sight. Though he does not give precise dates, Ben-Artzi nevertheless urges all Jews to stay put in Israel, the safest place on earth for them in times of great trouble.

Rabbi Amnon Yitzhak, another popular figure, says that everything is set for the great War of Gog and Magog. The nations are setting the stage by pushing Israel into a corner, a situation in which any little miscalculation could be the spark that will set off this great war. Israel’s perceived violation of the Temple Mount’s “status quo,” or an Israeli attack on Syrian military targets that accidentally kills Russian soldiers, things of that nature could ignite the Gog and Magog war in an instant.

But, judging by similar predictions in the past by both Christians and Jews, the year 2017 is just as likely as not to come and go in relative peace.