Why Evangelicals Are Sticking with Donald Trump 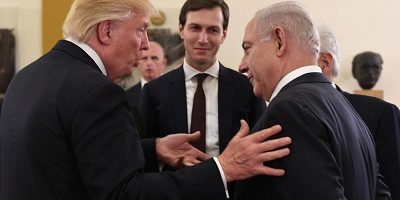 The Never-Trumpers of every stripe still don’t get it. Ten months after his historic defeat of Hillary Clinton, those opposed to Donald Trump — whether from the political right, left, or middle — have yet to grasp why so many Americans — especially evangelical Americans — have embraced, or at least tolerate, the politics of the Man from Manhattan. As my wife (and chief editor) pointed out when I began this piece, “It’s really a no-brainer. There was no other option.” But nevertheless, to those dulled by their disdain for Mr. Trump, let me explain again our continued support for him.

First, let me make this abundantly clear: as passionate as we are about our politics, we understand well that the cure for what ails this nation, and this world, is as far above politics as the north is above the south. Dwight Eisenhower put it well when he declared, “Never let yourself be persuaded that any one Great Man, any one leader, is necessary to the salvation of America.” Thus, when we pull the lever, or tap the screen, for any man or woman, for any political office, our expectations for what they can or can’t accomplish are always tempered by the notion that our real problems are spiritual and require spiritual solutions.

Of course, such thinking stands in stark contrast to those who have put their hope in the things and the people of this world. As I’ve noted before, the left is so devoted to politics and political power because that is the chief means by which they hope to make the world into their idea of “heaven.” Virtually every dictator to rise to power has done so by promising some version of a leftist utopia. The twentieth century is replete with such tragic examples.

Is there any doubt that the biggest reason those on the left are throwing a seemingly never-ending temper tantrum over Donald Trump’s ascent to the White House is because Mr. Trump stands as an obstacle to their utopian dreams? In spite of bitter opposition in the U.S. Congress — as much as can be mustered given the Democrats’ historic losing streak — the liberal media, and an inability by congressional Republicans to unite on a conservative agenda, President Trump is doing much to stymie the perverse left-wing agenda.

This is especially true with the federal courts. As Legal Insurrection noted a few weeks ago, month after month — to the tune of dozens of nominees — President Trump has consistently appointed conservative judges. And as William Jacobson pointed out just prior to Mr. Trump’s inauguration, President Trump could end up appointing half of the federal judiciary. Thanks to the “Reid rule,” Democrats can do little to stop him. The little Democrats can do, they are persistent in, using, as U.S. News reports, “every procedural tactic they can to block judges.” The GOP-controlled U.S. Senate needs to get busy making sure these conservative nominees actually make it to the bench.

Using jurists who imagine themselves lawmakers — and who reject the Laws of the Law Giver — the courts have long been a favorite tool of the modern left. Thus, it has often not mattered whether U.S. liberals win elections; with the aid of the courts, their evil agenda still gets enacted and enforced. This is why the power of the U.S. president to appoint federal judges is more important now than perhaps ever before in American history. That alone is reason enough to have voted for Donald Trump over Hillary Clinton. However, there were plenty of other reasons as well.

Again, in today’s political climate, few things are as certain as this: Virtually every crazy policy, corrupt courtroom ruling, or depraved piece of legislation that plagues our political climate is a product of modern liberalism. Whether killing children in the womb, stifling small businesses, legally redefining the oldest institution in the history of humanity, legalizing and promoting a wide variety of sexual immoralities, criminalizing (or attempting to criminalize) the life-blood of American industry, criminalizing Christianity, decriminalizing illegal immigration in order to help maintain a “permanent underclass” of potential voters, stealing money from one group of constituents to buy votes from another, and so on, liberals and their lackeys in the Democratic Party, the courts, the mainstream media, Hollywood, and academia have used their political, judicial, information, and entertainment powers in manners most perverse.

Thus, political power, especially political power in the most powerful nation on earth, is no small matter and should never be taken lightly. That is why when we vote, we always do so prayerfully.

Along with his solid efforts at remaking our courts, President Trump has already done much to support a pro-life, pro-family, pro-America agenda. His Department of Justice has reversed the Obama administration’s efforts to undermine biology and religious liberty. An executive order reinstated and expanded the “Mexico City policy” which prevents foreign groups who promote and provide abortions from receiving U.S. aid funds.

Trump and his EPA are shredding the foolish Obama climate agenda. “Slashing red tape at historic levels,” while saving billions in regulatory costs, the Trump administration has ended hundreds of Obama-era economic regulations.

None of this — not one single bit of it — would have happened in a Hillary Clinton (or virtually any other Democratic presidential) administration. Whatever Donald Trump is, he is not Hillary Clinton.