‘Iran is unquestionably the greatest threat to Israel’ 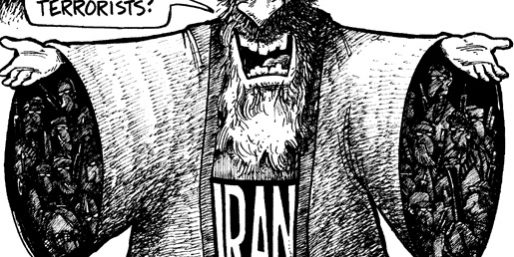 “All Islamic terror is supported by Tehran,” Liberman said. “This includes Sunni terror, the groups in Yemen, and even Al-Qaeda. And we are all aware of the cooperation between Al-Qaeda and Iran’s Revolutionary Guard.”

“Terror is a radical ideology which abuses the week and supposedly works for their benefit. Brutal methods and a lack of red lines characterize all terror organizations throughout the generations. Another characteristic is the attempt to ‘export’ the terror, to ‘export’ the revolution.”

What enables terror to exist? According to Liberman, the answer is a sovereign government.

“Terror will always have a charismatic and stirring leadership,” he said. “The most frightening and dangerous organization is the Revolutionary Guard.”

“The most important characteristic of any terror organization is a governmental framework which supports it, whether openly or secretly. Without this government support, terror could not exist.”

“Extremist terrorism is practically nonexistent in Russia,” Liberman explained. “As long as the Muslim government in Tehran supports the terror ideology – there will be terror. You need to understand that for Tehran, terror is just one way of accomplishing their goals.”

“Tehran works on four different levels to destroy the State of Israel: In addition to financing terror, Iran also works to acquire non-conventional weapons, to create a large conventional army, and to wage a cyber battle against Israel.”

“We can identify the source, but not always do we say it in public. The main issue today is Iran.”