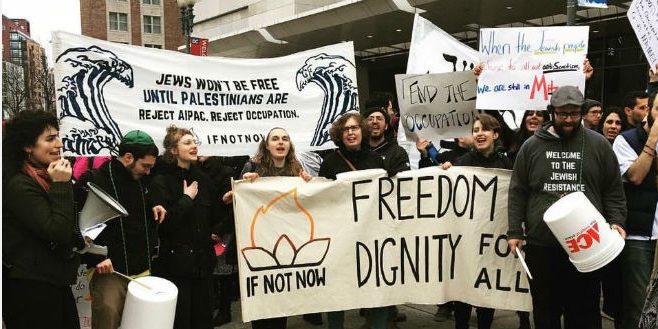 The growing phenomenon of fringe anti-Zionist Jewish groups, evidenced by organizations such as IfNotNow and Jewish Voice for Peace which protest Christian support for Israel, is representative of the greatest challenge of the Jewish people in reaching geula (redemption) – the Jewish people themselves, say several prominent Jewish thinkers. According to Biblical tradition, the Jewish people will gather and unite on the shoulders of the gentiles, embodied in today’s Christian Zionist groups.

The Bay Area branch of IfNotNow, “a movement of young Jews calling for an end to American Jewish support for the Occupation”, recently called upon the Jewish community to protest and cancel a Christians United for Israel (CUFI) event on Sept 7 at Temple Emanu-El in San Francisco.

In its petition on The Action Network, IfNotNow calls CUFI “anti-Semitic,” saying that in the wake of the crisis of Charlottesville, the event further “pushes our vulnerable community towards allies that exploit us for hatred, instead of joining our fight against it.”
Read more at https://www.breakingisraelnews.com/94386/fringe-anti-zionist-jewish-groups-stopping-redemption-hating-israel/#WIhqBzdlv026hAMv.99