Sanhedrin accused of trying to ‘delegitimize’ Jews who believe in Christ 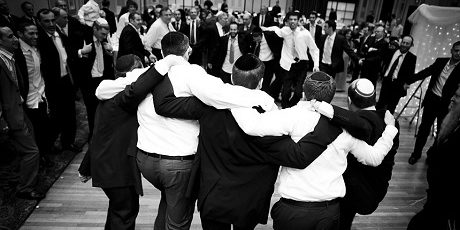 A Messianic rabbi in Israel has issued a direct challenge to the regathered Sanhedrin, or rabbic council: “Show us you will marry a Messianic couple, and do it on video.”

That’s in response to the Sanhedrin’s ruling, announced last week, outlawing the marriage inside Israel of Jewish believers in Jesus Christ. The potential consequences of that decision continue to reverberate across the land of Abraham, Isaac, Jacob and Jesus.

The story was first broken in the United States by WND on Friday, Sept. 1, the same day it broke in Israel’s Haaretz newspaper. It was further confirmed by an article in the Jerusalem Post on Monday, Sept. 4.

Zev Porat, a Messianic rabbi who heads up Tel Aviv-based Messiah of Israel Ministries, said in an interview Tuesday with radio host Carl Gallups that once the Sanhedrin’s plot to delegitimize Messianic Jews was exposed, they tried to back off of their decision by saying it did not apply across the board to all Messianics applying for marriage licenses.

All marriages conducted in Israel fall under the authority of either Jewish, Christian, Islamic or Druze religious leaders. Messianic Jews have traditionally been married under Jewish rabbinic authority because they do not consider their faith to be anything but truly Jewish, since Jesus is seen as their Jewish Messiah, the fulfillment of Jewish prophecy recorded in the Jewish Bible. That discourages them from getting married in the nation’s Christian churches.

Deny Christ or go abroad to get married

But the Sanhedrin’s Aug. 29 decision in the rabbinic court of Tel Aviv was a first for the state of Israel, a lightning-rod ruling that said for a Messianic Jew to get married by the Jewish religious authorities, they must deny that Jesus Christ is the Son of God. They could still go and marry outside the country, but that would require them to apply for that marriage to be recognized by the Ministry of Interior, a bureaucratic process that could take months or years.

“This has never been done before to a Messianic Jewish couple born in Israel,” Porat said. “Normally, you show your card and they don’t ask questions. Well, now they are asking questions.”

“For years Jews have been getting married with the sole question ‘are you a Jew,’ and you say ‘yes.’ But now they are not satisfied with that answer. They want to know if you are a Jew who believes in Jesus,” Porat continued.

“They are Jews but have never been asked if they are also a believer in Jesus, until now. If you say yes, they will say ‘you’re not a Jew in our category, and, if you are not a Jew, you are not getting married.’”

Jews who may be atheist or Buddhist, by contrast, are not asked to prove their Jewishness by answering any religiously based questions, Porat told WND.

After one Messianic couple was denied a Jewish wedding ceremony in Tel Aviv, a second couple was reportedly denied a marriage in Haifa.

Porat says the fact that WND’s story was followed up by Israeli newspapers, including the Jerusalem Post, is huge.

Some Western Christians have reacted to the news with anger, but that’s not the correct response, said Gallups, who is a Baptist pastor.

God said in the Old Testament scriptures, “I will bless those that bless thee and curse those that curse thee,” Gallups reminded those Christians who asked him about the issue. “It doesn’t say to bless them only if they bless you.”

Porat agrees. He said Israel needs the prayer and support of Christians now more than ever.

“In the first 48 hours or so after the story hit the streets of Israel, the Sanhedrin, the rabbis, were boasting all over the news, all over the radio, you could hear it everywhere in Israel,” he said. “Then, after the WND story came out, they started to switch their story around. They said it was not a corporal attack. It’s an individual case.

Porat posted a video to YouTube on Sept. 3 in which he issued a challenge to the Sanhedrin: If it’s not true, and Messianics can still be married as Jews in Israel, “Show us.”