Defense minister: Israel will do what it takes to protect her citizens 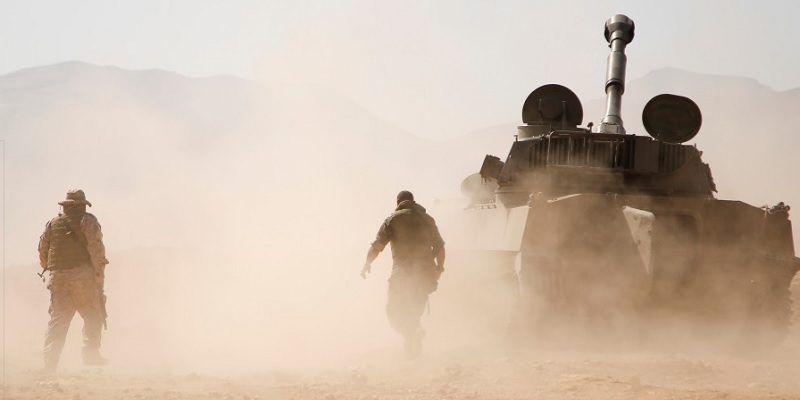 Defense Minister Avigdor Liberman on Thursday said Israel will do everything to prevent the creation of a Shi’ite corridor from Tehran to Damascus. His comments came just hours after Syria accused the Jewish state of striking an Assad regime military center, believed by analysts to produce and house chemical weapons and advanced precision missiles.

“We are not looking for any military adventure in Syria, but we are determined to prevent our enemies from harming, or even creating the opportunity to harm, the security of Israeli citizens,” Liberman said in an interview with Radio FM 100.

“Therefore, everything will be done to prevent the existence of a Shi’ite corridor from Tehran to Damascus.”

Syria accused Israel of striking its Al-Tala’i Research Center east of Masyaf in Hama, killing two Syrian soldiers and damaging the facility. The center is allegedly linked to the Assad regime’s development of chemical weapons.

The Syrian military warned against the “dangerous repercussions of this aggressive action to the security and stability of the region” and accused Israel of directly supporting Islamic State and other terrorist organizations.

On Thursday evening the head of Military Intelligence, Maj.-Gen. Hertzi Halevy, stated that the threats to Israel are primarily from armed organizations with funding and assistance from Iran which he called “serious but not existential threats.”

Halevi, who was speaking during an event commemorating the sixth President of the State, Chaim Herzog, who served twice as head of MID, stated that Israel will deal with the threats with determination.

“Our enemies are well aware of the combination of our accurate intelligence and capabilities.”

Army Radio quoted Syrian opposition sources as saying the air strike destroyed weapons, including chemical-tipped missiles that were to be delivered to Hezbollah.

According to Amos Yadlin – former head of Israeli Military Intelligence and executive director of the Institute for National Security Studies in Tel Aviv – Thursday’s strike was not routine.

“The factory in the attack also produces chemical weapons and barrels of explosives that killed thousands of Syrian citizens. If the attack was conducted by Israel, it would be a commendable and moral action by Israel against the slaughter in Syria,” he wrote on Twitter.

On Wednesday, the UN released a report affirming the Syrian regime’s use of chemical weapons at least 33 times since the beginning of the civil war, including this past April’s attack on Khan Sheikhoun, where planes dropped sarin gas on the city, killing 80 civilians.

According to a BBC report in May, intelligence documents obtained by the news agency said the regime manufactures chemical weapons at three branches of the country’s Scientific Studies and Research Center, including the one in Masyaf.

Yadlin wrote that Thursday’s strike targeted a Syrian military-scientific center which develops and manufactures, among other things, precision missiles. He said the action sent a message to world powers that Israel would enforce its redlines to protect its citizens.

“The attack sent three important messages: Israel won’t allow for empowerment and production of strategic arms; Israel intends to enforce its redlines despite the fact that the great powers are ignoring them; the presence of Russian air defense does not prevent air strikes attributed to Israel,” Yadlin wrote.

“Now it’s important to keep the escalation in check and to prepare for a Syrian-Iranian-Hezbollah response and even opposition from Russia,” he added.

In October, Russia deployed the advanced mobile S-300 and S-400 anti-aircraft batteries to Syria. The batteries are capable of engaging multiple aircraft and ballistic missiles at a distance of up to 380 kilometers, covering virtually all of Syria as well as significant parts of Israel and neighboring countries such as Turkey and Jordan.

Category: Syria and LebanonBy The Jerusalem ConnectionSeptember 7, 2017Leave a comment