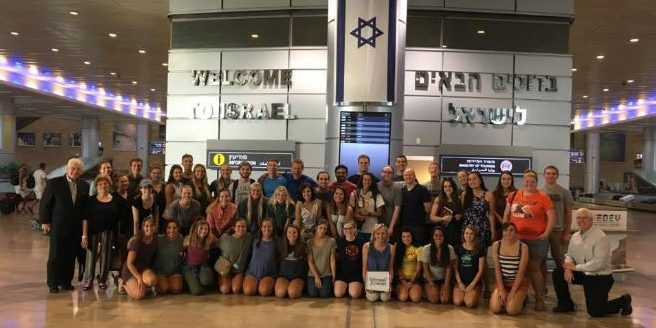 While young Jews making pilgrimage to Israel in order to reconnect with their religion’s roots has become a commonplace phenomenon, a new trend has emerged which is anything but: young Christians are traveling to the Holy Land in larger numbers than ever – for the very same purpose.

Following an eye-opening 2007 trip with his wife, Staver realized that he had found a unique solution to questions of faith. “Like every typical Christian, I wanted to see where Jesus walked,” he said of his trip. But very quickly, “The dots started to connect. My wife and I realized that we are not just tourists. We are being drawn to Israel, we are being drawn to something greater. God was drawing us back for a greater purpose: to help Israel.”

He saw that there was a need for young Christians, who often distance themselves from their religion in their college years, to have this experience. Bringing students to Israel gives them a chance to see and feel their own history, a tactile experience Staver feels will help them be better Christians.

The trip to Israel, he continued, revives and invigorates the students’ Biblical connection.

“It impacts their Christian faith,” he said. “Oftentimes Christians only look at the New Testament. This trip emphasizes the roots of Christianity. They realize these are real people, real places, it brings the Bible to life for them.”

Staver believes that lack of love for Israel is quickly becoming an “existential crisis” for Christianity at large.