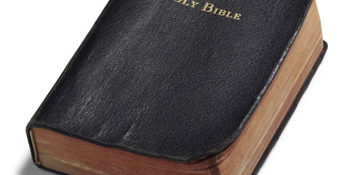 Israelis sat on the floor earlier this week and fasted on the saddest day of the Jewish calendar, known as “Tisha B’av” (the 9th day of the Hebrew month of Av). On this day, we commemorate the destruction of the ancient Temples in Jerusalem, among other tragedies of Jewish history.

In one of the prayers, we read about the burning of 24 cartloads of Jewish books in the 13th century. In the days before the printing press, books were written by hand and so the destruction of these precious manuscripts threatened to cut off all knowledge from European Jews completely. This was precisely Pope Gregory’s motivation behind the burning of all known copies of the Talmud in France and 10,000 volumes of other Hebrew manuscripts in 1242.

Anti-Semites over the years tried not only to harm individual Jews but often went out of their way to attack Judaism by undermining our connection to the Bible.

I have argued in this column and elsewhere that we are now in the golden age of Jewish Christian relations. While anti-Semitism is still a problem, primarily in the form of anti-Israel sentiment, there are tens of millions of Christian Zionists all over the world who now stand with Israel and the Jewish people.

A powerful example of the revolutionary time period we are now in is the recent launch of a website where Christians come to learn about the Bible and Judaism from Jewish teachers and rabbis.