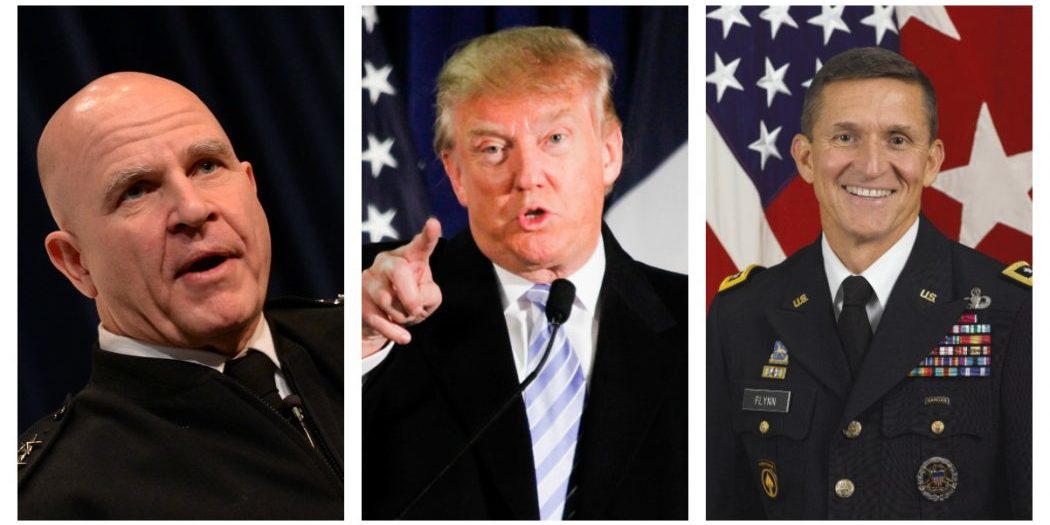 The Israel angle on McMaster’s purge of Trump loyalists from the National Security Council is that all of these people are pro-Israel and oppose the Iran nuclear deal, positions that Trump holds.

McMaster in contrast is deeply hostile to Israel and to Trump. According to senior officials aware of his behavior, he constantly refers to Israel as the occupying power and insists falsely and constantly that a country named Palestine existed where Israel is located until 1948 when it was destroyed by the Jews.

Many of you will remember that a few days before Trump’s visit to Israel, Prime Minister Benjamin Netanyahu – בנימין נתניהו and his advisers were blindsided when the Americans suddenly told them that no Israeli official was allowed to accompany Trump to the Western Wall.

What hasn’t been reported is that it was McMaster who pressured Trump to agree not to let Netanyahu accompany him to the Western Wall. At the time, I and other reporters were led to believe that this was the decision of rogue anti-Israel officers at the US consulate in Jerusalem. But it wasn’t. It was McMaster.

And even that, it works out wasn’t sufficient for McMaster. He pressured Trump to cancel his visit to the Wall and only visit the Yad Vashem Holocaust memorial — ala the Islamists who insist that the only reason Israel exists is European guilt over the Holocaust.

In May, Adam Lovinger, a pro-Trump national security strategist on loan from the Pentagon’s office of net assessment was summarily informed that his security clearance was revoked. He was fired and escorted from the White House like a spy and put on file duty at the Pentagon.

Lovinger is a seasoned strategic analyst who McMaster hated because he supported India over Pakistan, among other things.

Lovinger has not been told the grounds for his sudden loss of clearance but Mike Cernovich reported that the grounds were that he traveled to Israel for a family bar mitzvah. In other words, there were no grounds for dismissal. His boss at the Pentagon — unbelievably named James Baker, is an Obama hire who hates Trump and supports Obama’s agenda.
As for Iran, well, suffice it to say that McMaster supports the deal and refuses to publish the side deals Obama signed with the Iranians and then hid from the public.

The thing I can’t get my arms around in all of this is why in the world this guy hasn’t been fired. Mike Flynn was fired essentially for nothing. He was fired because he didn’t tell the Vice President everything that transpired in a phone conversation he had with the Russian ambassador. Whoopdy doo! Flynn had the conversation when he was on a 72 hour vacation with his wife after the election in the Caribbean and could barely hear because the reception was so bad. He found himself flooded with calls and had no one with him except his wife.

And for this he was fired.

McMaster disagrees and actively undermines Trump’s agenda on just about every salient issue on his agenda. He fires all of Trump’s loyalists and replaces them with Trump’s opponents, like Kris Bauman, an Israel hater and Hamas supporter who McMaster hired to work on the Israel-Palestinian desk. He allows anti-Israel, pro-Muslim Brotherhood, pro-Iran Obama people like Robert Malley to walk around the NSC and tell people what to do and think. He has left Ben (reporters know nothing about foreign policy and I lied to sell them the Iran deal) Rhodes’ and Valerie Jarrett’s people in place.