JTA: ZOA Calls On Secy/State Tillerson to Resign Over Israel-Hating Report On Terrorism 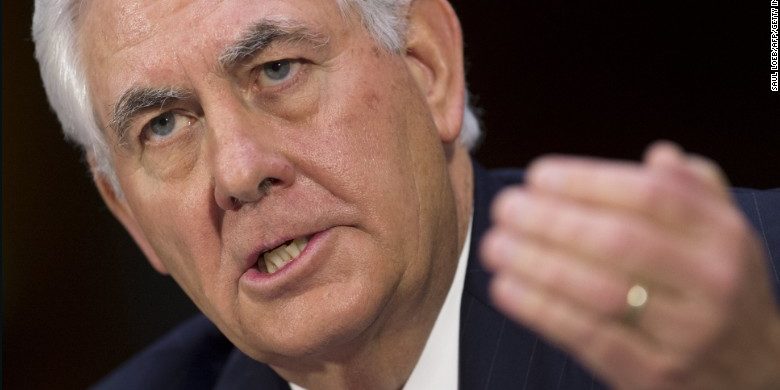 The Zionist Organization of America called on Secretary of State Rex Tillerson to resign over the State Department terrorism report that the ZOA called “bigoted, biased, anti-Semitic, Israel-hating (and) error-ridden.”

In the report, the State Department listed as “continued drivers of violence” a “lack of hope in achieving Palestinian statehood, Israeli settlement construction in the West Bank, settler violence against Palestinians in the West Bank, the perception that the Israeli government was changing the status quo on the Haram Al Sharif/Temple Mount, and IDF tactics that the Palestinians considered overly aggressive.”

The report also said that Palestinian leaders had addressed incitement.

“The PA has taken significant steps during President Abbas’ tenure (2005 to date) to ensure that official institutions in the West Bank under its control do not create or disseminate content that incites violence,” it said. “While some PA leaders have made provocative and inflammatory comments, the PA has made progress in reducing official rhetoric that could be considered incitement to violence.”

The ZOA said the report directly contradicted multiple criticisms of the Palestinian Authority for incitement by President Donald Trump and the U.S. ambassador to the United Nations, Nikki Haley.

The ZOA statement praised Rep. Pete Roskam, R-Ill., for his letter to the State Department last week seeking changes in the report.

“I strongly encourage you to modify this report to accurately characterize and hold accountable the root causes of Palestinian violence — PA leadership,” Roskam said.