Israeli Sovereignty Over the Temple Mount Is Crucial for Peace 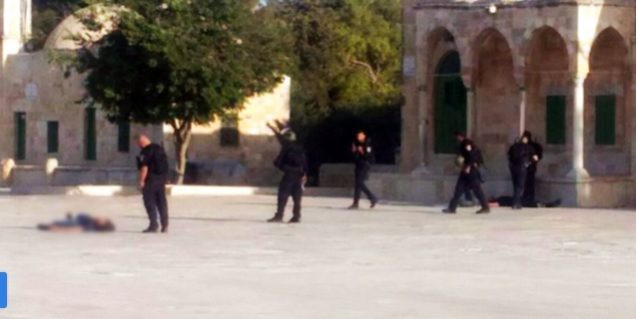 Many partnerships over contested areas have been attempted, and they have led to only one outcome: failure. In 1949, for example, the UN tried to broker deals between Israel and Syria over demilitarized zones delimited in the Armistice Agreement. The three areas were perennial hotspots over which much blood was shed. They were only resolved (as are most Middle Eastern political conflicts) by a decisive victory and the establishment of Israeli sovereignty over the Golan Heights. Before that, it was bedlam. Since then, there have been 40 years of quiet.

In Jordan, after the 1967 Six Day War, Arab states tried to broker power-sharing arrangements over Jordanian territory between the beleaguered Hashemite monarchy and the Palestinian terrorist organizations. During three years of bargaining and meddling, massive firefights took place between the two sides in which hundreds if not thousands of civilians were killed.

This was but a prelude to the final showdown when the monarchy said enough is enough: sovereignty now. That period, dubbed Black September (1970), was in fact the beginning of a full year of bloodletting. It ended only when the Jordanian monarchy won a decisive victory.

The Jordanian victory was so decisively won that hundreds of Palestinian terrorists fled westward into Israeli hands to avert the fate that awaited them. Only then did the Jordanian state achieve the Biblical “40 years of peace.” Ironically, Amman is now demanding that Israel share sovereignty, a prescription that proved disastrous in its own political history.

The same goes for Lebanon. Arab attempts to induce a partnership over sovereignty between the Lebanese state and the Palestinians after the Six Day War ended in unprecedented violence. Unfortunately, the Lebanese state, unlike Jordan, has never been able to reassert sovereignty. The result is that Lebanon suffers from perennial internal political violence only a powder keg away from reverting back to the fifteen-year civil war that more or less ended in 1989.

In Cyprus, attempts by foreign powers to establish power-sharing between the Greek and Turkish populations resulted in violence and have never succeeded. Peace came when the Turkish invasion of 1974 achieved a decisive victory resulting in the partition of the island.

Fast-forward to the Oslo “peace” process. There, too, the paradigm was built on shared power. Informally, in Jerusalem, the Palestinian Authority (PA) controlled east Jerusalem through Orient House, Faisal Husseini’s political headquarters.

Husseini, dubbed a peace advocate, in fact headed the Fatah militia, the Tanzim, in Jerusalem. The PA police frequently kidnapped east Jerusalemites suspected of being informants or who were accused of selling land to Jews, as well as journalists (on rarer occasions) who took a critical view of the PA.

Advocates of the “peace” process often pointed to that “partnership” as a success. In September 1996, however, riots over the tunnel built along the Western Wall – riots that cost the lives of 25 Israeli security personnel who were killed by heavily armed members of the Palestinian security forces – dispelled that illusion. Never before had tens of Israeli security force personnel been killed in firefights with Palestinians in an Israeli-controlled area.

Alas, bowing to international pressure, Israel did not close down Orient House, and paid the price tenfold during the “al-Aqsa Intifada.” Ultimately, Israeli “cohabitation” with the PA in east Jerusalem came to an end – at least on the purely political level – with the closing of Orient House in August 2001 and the Defensive Shield offensive nine months later. Once again, decisive victory and the imposition of exclusive Israeli sovereignty over Jerusalem brought about a relatively durable peace.

Many in Israel, as well as foreign actors such as the PA and Jordan, are now calling on Israel to repeat the costly mistake of persevering in the illusion of power-sharing over the Temple Mount. They want not only Israeli cooperation with the Waqf but also considerable augmentation of Waqf personnel.

There is no doubt that Israel will make a decisive move to reassert the sovereignty it has lost over the past three decades on the Temple Mount, just as it rid Jerusalem of Orient House and destroyed terrorist sanctuaries in major PA towns in 2002. The question is, why wait until more Israelis and Palestinians have been killed or maimed before acting to ensure decisive victory and the reassertion of Israeli sovereignty?

Israel is a light unto the nations that surround it. Their populations widely acknowledged this when Israel sent a former prime minister and president to jail – a move unthinkable in a region plagued by violence and dictatorship.

Now is the time for Israeli sovereignty to shine on the Temple Mount, for the benefit of Muslims and Jews alike.

Prof. Hillel Frisch is a professor of political studies and Middle East studies at Bar-Ilan University and a senior research associate at the Begin-Sadat Center for Strategic Studies.