The erosion of Jewish identity in America 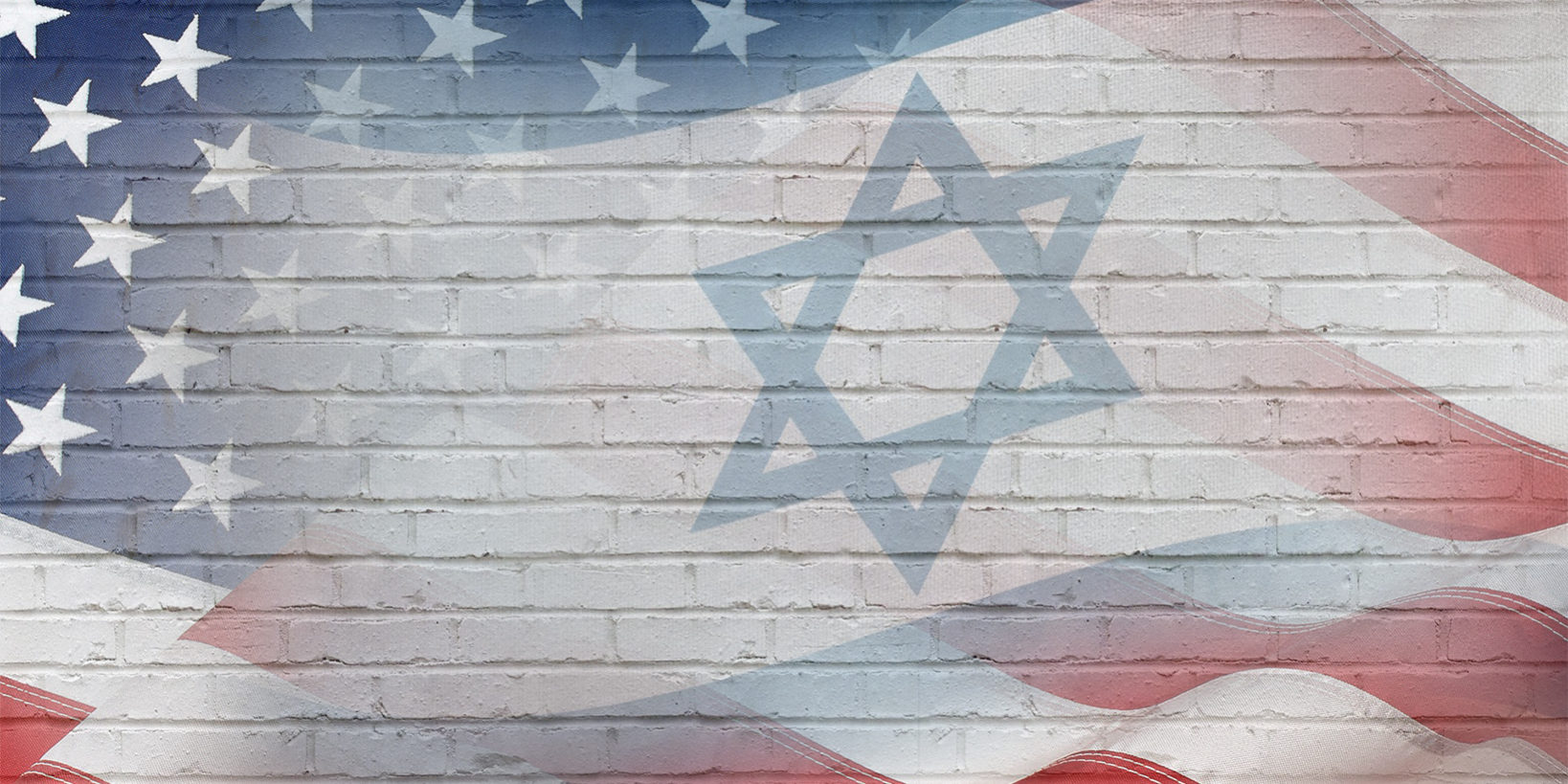 American non-Orthodox Jews today are less religiously and ethnically grounded than their grandparents and more likely to define Jewishness in secular or political terms. They are also more likely to assimilate and intermarry and to view those who do both as positive role models. Not surprisingly, they tend to validate their cultural detachment by denigrating classical standards of Jewish identity and deprecating traditional observance and devotion to Israel.

They often claim that unbalanced criticism of Israel is consistent with Judaic values and rationalize anti-Semitism as a reaction to Israeli provocations or Jewish tribalism. The more extreme among them characterize progressive anti-Semitism as political speech, and in their zeal to delegitimize Israel, affirm revisionist propaganda and validate Islamist front organizations posing as moderate.

The Jewish left condemns Israel – often using slurs and stereotypes – and professes to speak with an authentic Jewish voice. This claim is nonsense, however, and instead raises the question of whether those espousing it really understand Jewish tradition, or simply use their heritage to justify political agendas that sanction or tolerate anti-Semitism.

Progressives who promote Boycott Divestment and Sanctions (“BDS”) or organizations like J Street which endorses labelling products made in Judea and Samria, are endorsing positions detrimental to Israel and Jewish continuity. Most seem to discount history and observance and to equate Judaism with liberalism and the Democratic Party, despite evidence indicating that bigotry against Jews and Israel today is more common on the left than the right.

A Gallup poll two years ago showed that only 48% of all Democrats supported Israel compared to 80% of Republicans; and survey data from Europe suggest anti-Semitism is far more prevalent among progressives than conservatives. Rather than address the troubling implications of such trends, however, progressives deny them or disparage those who question their claims of Jewish authenticity.

Willful assimilation is not a modern phenomenon, it has been a threat in every generation – often, but not always, in response to external pressures and persecution. After achieving civil enfranchisement in Europe, many Jews gravitated to movements that sought to create a modern identity based on secular principles instead of normative halakha or concern for communal preservation. They often embraced ideologies that were hostile to religion and nationality, and which therefore maligned Jews for adhering to the beliefs and dedication to homeland that had kept them intact as a people in exile.

Attempts to reconceive Jewish identity proliferated after the ghetto walls came down. Proponents of Haskalah (“Enlightenment”), for example, rejected ritual identification and favored synthesis with European culture. They portrayed rabbinic authority as backward, emulated gentile intellectual society, and aspired to ethical culture rooted in modernity, albeit informed by a sense of Jewish heritage and history. The result for many was ethnicity without purpose.

Jewish assimilationists differed in believing they could improve their lot by becoming part of the cultural mainstream. But persistent anti-Semitism indicated they would never be permitted to blend in as equals, leading many to embrace secular Jewish nationalism instead. Indeed, Leon Pinsker was an ardent assimilationist until the pogroms of the late 1800s convinced him that Jewish self-governance was the key to survival, prompting him to write “Auto-Emancipation” and help found Hovevei Zion. For many, however, the reawakening of national consciousness was simply a reaction to the external. Though underlying religious belief and historical self-awareness certainly formed the core of Jewish national identity, it was anti-Semitism that motivated many to seek social change through political action.

Political Zionism, in contrast, was not solely reactive to oppression and discrimination. Although Herzl was acutely aware of the anti-Semitic threat, he also viewed the Jews’ return to their homeland as a matter of historical and prophetic destiny. Though many of Herzl’s followers were secular, religious factions were active from the early Zionist Congresses onward; and even many nonreligious Zionists believed a modern state should be founded on Jewish principles. The most fervent secularists, however, believed nationality superseded religion and that being Jewish was no different than being French, Italian, or German. Thus, it should not be surprising that secular Zionists like Max Nordau, cofounder of the World Zionist Organization, were often intermarried.

Most attempts to redefine Jewishness aspired to secularity, but the early Reform movement advocated religious identity, though in a deracinated form that deviated significantly from classical Jewish thought and practice. Whereas traditional Judaism defined the Jews as a people with unique obligations flowing from a divine covenant passed down through ancestry and heritage, the early reformers rejected the concept of peoplehood, identified as Europeans or Americans of “the Mosaic persuasion” to suggest common roots with their gentile neighbors, and reconceived Judaism’s mission in secular political terms. Though the Reform movement reembraced the concept of peoplehood in the 1930s (largely in response to Nazism), it continued to equate Jewish character with progressive values and social ideals.

Reform leaders and congregants today champion and elevate “social action” over traditional observance, holding that liberal ideals represent the fulfillment of the Jews’ spiritual mission. Ironically, Reform activists engage in little that can be called religious, but instead promote secular social causes and agendas. Today’s Conservative movement also considers social action an essential imperative – one that provides a façade of religiosity to secular congregants who identify as “social warriors” but do not keep kosher, observe Shabbat, or maintain any semblance of traditional practice.

The compulsion to secularize Jewish identity or correlate it with progressivism has produced a generation that is hostile to traditional observance and tolerant of assimilation. Clearly, the question is not whether Jews can withstand external threats, but whether they can survive willful abandonment of the faith, values and common history that had sustained their forebears through generations of exile and persecution. It seems the further removed they become from their heritage, the more likely they are to forget their worth as a people and to pursue cultural homogeneity.

And the more likely they are to disregard historical Jewish rights and claims in the name of a sacralized political agenda that has been mischaracterized as tikkun olam.

Elevating the rights of the “other” over one’s own priorities can have absurd consequences – as when clergy from the nontraditional movements validate a Palestinian narrative that denies Jewish history or commune with Islamists who support BDS and oppose Israel’s right to exist. Or when liberal leaders worry more about the largely theoretical threat of Islamophobia than the very real problem of anti-Semitism, much of which emanates from the Muslim communities with whom they seek dialogue. Or when Jewish establishment organizations defend the rights of bigots to spread their views.

Many Jews were outraged recently when Linda Sarsour – a proponent of BDS and detractor of Israel – was invited to speak at the commencement of the City University of New York School of Public Health. Despite being lauded as a human rights advocate by some (e.g., progressives), she has been accused of anti-Semitism by others. The Anti-Defamation League rightly criticized her, stating: “e profoundly reject positions that delegitimize Israel.”

However, it refrained from labelling those positions anti-Semitic, although it did make a point of condemning the “anti-Muslim bigotry” of some who came out to protest her CUNY appearance. It also defended her right to speak, stating: “espite our deep opposition to Sarsour’s views on Israel, we believe that she has a First Amendment right to offer those views.” (The ADL’s full press release can be found at https://www.adl.org/news/press-releases/adl-statement-on-controversy-surrounding-linda-sarsour.)

It might seem incongruous that an organization established to combat anti-Semitism would defend the rights of such people, or that it would appear to equate anti-Semitism with bigotry against Muslims. Any analogy between anti-Semitism and Islamophobia suggests moral equivalence where there is no real parallel. Whereas anti-Semitism has fueled persecution, dehumanization, and genocide for thousands of years, Islamophobia has not; and while all hatreds may be evil, they are not necessarily equal.

Progressives who define Jewishness by political affiliation tend to marginalize anti-Semitism by comparing it to other forms of bigotry, and to support anti-Israel political candidates so long as they advocate liberal causes. Still, their blind allegiance to a Democratic Party that has grown increasingly hostile to Israel and tolerant of anti-Semites over the years is quite disturbing. They would do well to emulate England’s Jews, the majority of whom refused to support Jeremy Corbyn and Labour in the recent Parliamentary election because of his and the party’s statements and views regarding Jews and Israel. Though English Jews have long supported Labour the way American Jews have endorsed the Democrats, they could not ignore their party’s descent into prejudice; and unlike their American counterparts, many of them expressed their disapproval at the ballot box.

American Jews are rejecting their ancestral values and abandoning tradition at an alarming pace – as evidenced by a rising 72% intermarriage rate among the nonorthodox since the year 2000. The attempt to secularize Jewishness and conflate it with progressivism has clearly eroded traditional values and the instinct for self-preservation.

If anything, this failed social experiment shows beyond any doubt that Jewish identity suffers greatly when Torah values and Jewish literacy are shunted aside, and that equating identity with secular ideologies leads to self-rejection and assimilation.