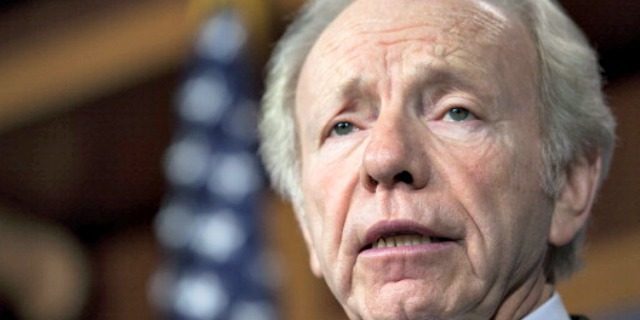 In an interview with Breitbart News from France on Friday, Lieberman said:

I’m an optimist about this. And maybe irrationally optimistic in the sense that I co-sponsored the legislation in the ’90s that mandated the movement of the American embassy to Jerusalem. The reason I did it is, strangely, of all the countries in the world, Israel is the only one where we don’t locate our embassy in the city that the host country says is their capital.

Lieberman, who was speaking on several panels and at the annual “Free Iran” rally put on by the National Council of Resistance of Iran (NCRI), said, “We have a site already in Jerusalem for our embassy and it is part of what was Israeli territory in 1948. So, there’s not going to be any negotiation about that site.”

Trump, following in line with tradition, decided to sign a 6-month waiver delaying the potential move of the U.S. embassy to Jerusalem. Asked to react to this, Lieberman said:

I think he wants to give some air and some opportunity to what his administration’s trying to do to create a negotiation between Israel and Palestinian people. But I have an inner confidence that if there’s no progress between Israelis and Palestinians, certainly in his first term, or six months, or a year from now, that he’ll keep his word and move the embassy to Jerusalem. It’s the right thing to do.

The U.S. State Department refuses to recognize Americans born in Jerusalem as being born in Israel.

The State Department manual instructs: “For a person born in Jerusalem, write JERUSALEM as the place of birth in the passport. Do not write Israel, Jordan or West Bank for a person born within the current municipal borders of Jerusalem.”

Asked to react to this, Lieberman said:

That, actually, is one of those steps that I believe the president could take without moving the embassy. And it might be a statement about where he’s heading. It really is kind of silly that if you’re born in Jerusalem, Israel, somehow your American passport only says Jerusalem; not Jerusalem, Israel. We’re a strong country and when we do things like that we’re acting like a weak country. And we’re not.

Last month, 52 members of Congress wrote a letter to Secretary of State Rex Tillerson urging him to change this policy the United States adopted several years ago.

Speaking with journalist Josh Yasmeh, Lieberman said he was “concerned” with the split between the Bernie Sanders and the establishment wing of the Democratic Party:

The Democratic Party, when I became active in it, in the age of John F. Kennedy, was very pro-Israel, and if anything became more so. Now, there is clearly an element in the Democratic Party that doesn’t feel like that. And you have to deal with that reality and confront it with why Israel deserves to be supported by the United States … We are linked to them by values, by interests in a way that is profound.

Lieberman, who was a member of the Democratic Party for many years, switched to the Independent Party in July 2006. “I’m a loyal Democrat, but I have loyalties that take precedence over those that I have in my country,” he said when he announced the change.

“I think America remains very pro-Israel,” he said. However, he added that there are places where there is a rising opposition to Israel that “is not based on reality … I think the Israeli people that I’ve talked to, over the years, probably yearn for peace with the Palestinians as much as anybody does because they are the victims of lack of peace. So hopefully, some progress in all the ways we discussed today will give us a chance to move towards some kind of progress between the Israelis and Palestinians and, ultimately, a two-state solution.”