US pressure on Israel? No need to panic! 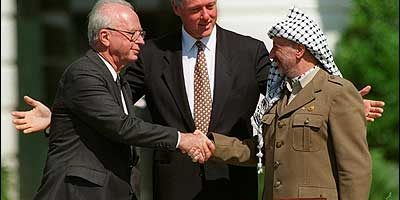 Can Israel afford to defy US presidential pressure to concede land, which is historically and militarily critical to the future of the Jewish State?

US presidential pressure has been an integral part of the US-Israel saga since 1948. However, in retrospect, US pressure on Israel has been based on erroneous assessments of the Middle East, failing to advance the cause of peace, as evidenced by the only two peace accords (between Israel and Egypt and Jordan), which were the result of direct Israeli initiatives, not US pressure.

In fact, US pressure on Israel has forced Arabs to outflank the US from the maximalist side, causing further setbacks to the peace process.

Furthermore, the outbursts of US pressure, over the last 69 years, have resembled bumps on the road of staggering, mutually-beneficial, defense, commercial, technological, scientific and agricultural US-Israel cooperation, which has exceeded expectations.

From 1948, US presidential pressure on Israel – in defiance of the majority of Americans and their representatives in the House and Senate – has reflected the worldview of the State Department bureaucracy, which has systematically misread the Middle East.

For example, in 1948, “The Wise Men” at the State Department opposed the establishment of the Jewish State, contending that Israel would be an ally of the USSR and would be crushed by the Arabs. In 1979, the State Department stabbed the back of the pro-US Shah of Iran and courted the anti-US Ayatollahs. In 1990, it considered Saddam Hussein a potential ally, unintentionally providing a “green light” for his invasion of Kuwait. In 1993, Foggy Bottom embraced Arafat as a messenger of peace, worthy of the 1994 Nobel Peace Prize laureate. In 2011, it referred to the Arab Tsunami as the Arab Spring, transitioning toward democracy. In 2011, it turned its back on Egypt’s pro-US Mubarak, welcomed the rise to power of the anti-US Muslim Brotherhood, and in 2014, it turned a cold-shoulder toward the current pro-US Egyptian leader, General Sisi.

If Prime Minister Ben Gurion had succumbed to US pressure during 1948-49, he would not have established the Jewish State, nor asserted Israeli sovereignty over western (pre-1967) Jerusalem, significant parts of the Galilee and the Negev, laying the foundations for the most effective US beachhead in the Middle East.

If Prime Minister Eshkol had submitted to the 1967 US pressure, he would not have preempted the Soviet-backed Egypt-Syria-Jordan military assault, intended to annihilate Israel, as a prelude to the pro-Soviet Egyptian hegemony of the Arab World, toppling the pro-US Arab oil-producing regimes, and devastating the US national security and economy. Nor would Eshkol have reunited Jerusalem, which has allowed unprecedented free access to all holy religious sites in the city.

Contradicting the architects of US pressure on Israel, the defiance of US pressure since 1967 transformed Israel from a supplicant to a strategic partner of the US, bolstering the vulnerable pro-US Arab regimes, sparing the US the mega-billion-dollar requirement to expand its naval, air and land military presence in the Middle East, Indian Ocean, Red Sea and Mediterranean.

If Prime Minister Begin had surrendered to US pressure in 1981, he would not have ordered the destruction of Iraq’s nuclear reactor, which spared the US a traumatic 1990-91 confrontation with a nuclear Saddam Hussein.

If Prime Minister Shamir had acceded to US pressure, retreating from the mountain ridges of Judea and Samaria (West Bank), which dominate the 9-15-mile-wide “pre-1967 Israel,” he would have transformed Israel from a national security producer, extending the strategic hand of the US, into a national security consumer, a burden upon the US.

If Prime Minister Olmert had abided by US pressure, he would not have devastated the Syrian nuclear reactor in 2007, which would plague today’s global order with a nuclear Assad or nuclear ISIS.

If Prime Minister Netanyahu had not stood up to US pressure, allowing the establishment of a Palestinian state in the mountain ridges of Judea and Samaria, he would have triggered an anti-US chain-reaction in the region. This is evidenced by the Palestinian track record, which would have led to the toppling of the vulnerable Hashemite regime in Jordan, causing a ripple effect which would have destabilized all pro-US regimes in the neighboring Arabian Peninsula, upgrading the geo-strategic profile of Iran, Russia, China and possibly North Korea in the Middle East.

US presidential pressure of Israel has been an inherent, unavoidable leadership-litmus test for Israeli prime ministers, whose challenge has been to overcome – not to avoide – pressure, while adhering to core ideology and strategic goals. True leaders do not sacrifice deeply-rooted ideology and long-term national security on the altar of short-term, tenuous convenience (e.g., relief from US pressure). Leaders are aware that steadfastness and defiance of pressure may injure frivolous popularity, but enhance durable respect. Fending off – and not hesitancy and retreat in the face of – pressure, has advanced Israel’s posture of deterrence, thus moderating Arab aggression.

In the battle against Iran’s Ayatollahs and other Islamic terrorists, and in the attempt to bolster pro-US Arab regimes, the US prefers a defiant and not a vacillating Israel as an ally.

At the end of a 1991 meeting between Prime Minister Shamir and Senate Majority and Minority Leaders, Senators George Mitchell and Bob Dole – which I attended and was replete with disagreements – the latter said: “Mr. Prime Minister, do you know why the Majority Leader and I absolutely disagree with you, but immensely respect you? Because you’re tough!”

Ignoring Middle East reality, US pressure on Israel has focused on the Palestinian issue, which has never been the crux of the Arab-Israeli conflict, a core cause of regional turbulence and anti-US Islamic terrorism, nor a crown-jewel of Arab policy-making. Hence, the Israel-Jordan peace treaty and the recent enhancement of Israel-Saudi relations are totally independent of the Palestinian issue.

Will President Trump learn from past mistakes, by avoiding self-defeating pressure on Washington’s most reliable, effective, democratic and unconditional ally?

Will Prime Minister Netanyahu follow in the footsteps of Prime Ministers Ben Gurion, Eshkol, Golda Meir, Begin and Shamir, who generally defied US pressure – while expanding Jewish presence in Jerusalem and the mountain ridges of Judea & Samaria – and therefore earned esteem, catapulting the national security of Israel and its strategic ties with the US to unprecedented heights?