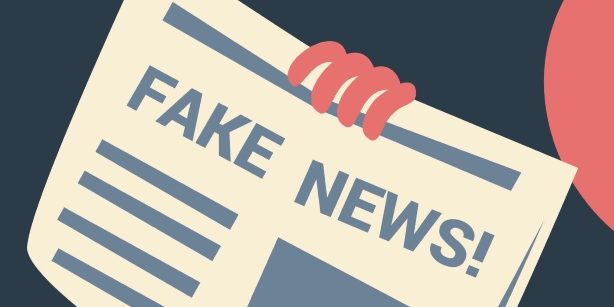 Academic and media professionals, journalists and diplomats, governmental, non-governmental and international organizations have been rewriting the history of Israel – both ancient and modern – for decades, portraying Israel as an abhorrent state, guilty of the lowest forms of crimes. The concerted and massive effort to denigrate a modern state – in order to criminalize and dehumanize its people in the eyes of the international community – knows no precedent, even though the people that brought the world the Ten Commandments has always been at the receiving end of hatred and vilification.

The Nazi and Soviet regimes represented the apex of that hatred of the Jews in modern times. Today, anti-Jewish hatred has merely shifted its focus to the modern state of Israel, conveniently disguising itself as ‘anti-Zionism’, which is not, as is often claimed by its defenders, ‘legitimate criticism of Israel’, but simply a crude denial of the Jewish people’s right to self-determination.

What the anti-Zionists wish to deny the Jews they ache to richly bestow on the Palestinian Arabs, who do not constitute a separate people to begin with, but are an indistinguishable part of the Arab world, which has at its disposal 22 sovereign Arab states already, covering a territory of more than 13 million square meters (corresponding to 500 times the size of Israel or one and a half times the size of the United States). Palestinian Arab officials themselves have repeatedly stated this fact.

In a 1977 interview with Dutch newspaper Trouw, PLO executive committee member Zahir Muhsein said: “The Palestinian people does not exist. The creation of a Palestinian state is only a means for continuing our struggle against the state of Israel for our Arab unity. In reality today there is no difference between Jordanians, Palestinians, Syrians and Lebanese. Only for political and tactical reasons do we speak today about the existence of a Palestinian people, since Arab national interests demand that we posit the existence of a distinct ‘Palestinian people’ to oppose Zionism… As a Palestinian, I can undoubtedly demand Haifa, Jaffa, Beer-Sheva and Jerusalem. However, the moment we reclaim our right to all of Palestine, we will not wait even a minute to unite Palestine and Jordan.”

In a 1977 televised interview with AP, Muhsein repeated this sentiment: “There is no objection in the Palestinian mind… there is nothing to prevent that… .”

Syrian Arab Leader: ‘No Such Country as Palestine’.
Muhsein was only echoing what Arabs before him had said, such as Auni Bey Abdul-Hadi, a Syrian Arab leader who told the British Peel Commission, in 1937, “There is no such country as Palestine. ‘Palestine’ is a term the Zionists invented. There is no Palestine in the Bible. Our country was for centuries part of Syria. ‘Palestine’ is alien to us. It is the Zionists who introduced it.”

Hamas Minister of the Interior and of National Security Fathi Hammad made it clear that nothing has changed since 1977 and admitted that the professed Palestinian identity is fake, an invention for the political and tactical purpose of defeating Israel, as the Arab states failed to do so militarily. This is what Hammad said when he was interviewed on Al-Hekma TV in March 2012: “Brothers, half of the Palestinians are Egyptians and the other half are Saudis. Who are the Palestinians? We have many families called Al-Masri, whose roots are Egyptian. Egyptian! They may be from Alexandria, from Cairo, from Dumietta, from the North, from Aswan, from Upper Egypt. We are Egyptians…” He is right. Yasser Arafat himself was an Egyptian.

Since the world so eagerly plays along with the charade – even Israel has played along with it since the Oslo Declaration of Principles in 1993 – there is no incentive for PA leader Mahmoud Abbas to end his regime’s ongoing terrorist incitement or payments to terrorists anytime soon.

History, however, does not lie. When the PA erected a museum to bolster the fake narrative, they had nothing to put in its empty rooms. It is simple: The history of the land they claim is Jewish. The land of Israel is bursting with archaeological artifacts, and they all bear testimony to a Jewish presence going back more than 3,000 years in time. That presence never ceased, no matter how harsh the conditions imposed by a changing roster of invaders and colonizers.

Mahmoud Abbas, the Holocaust denier, naturally does not let facts get in the way. At the inauguration ceremony of the starkly empty museum a year ago, he said, “This museum will tell the world – the entire world – that we were here, we are still here, and we will continue to be here…We have been planted here since the dawn of history.”

First Arabs in Land of Israel were Colonizers.
Abbas would never admit that Arabs first entered the Land of Israel as colonizers during the Muslim conquests of the 7th century, at a time when the Jewish presence in the land had already lasted nearly 2000 years. They also neglect the fact that throughout the centuries the Jews fought against all odds to keep a significant presence in their own land, but that the innumerable foreign invasions and colonization took its heavy toll on the Jews of Israel in terms of forced exile, slavery and murder at the hands of the invaders.

For the last four centuries prior to the establishment of the British mandate, the land of Israel was colonized by the Ottoman empire, and the Jews who managed to hang on to the land were treated as second-rate citizens by their Muslim rulers, who taxed them so hard that living almost became impossible. This is what media pundits should be talking about, when they falsely accuse Israel of ‘imperialism.’

Despite everything, today Israel thrives as a modern, democratic, pluralistic and highly innovative nation. As the West, most notably Europe increasingly loses its faith in its own history, traditions and legitimacy, Israel continues to fight proudly for its existence. In Israel, college age kids do not have meltdowns, hysterically demanding ‘safe spaces’ when confronted with reality. While US college students shield themselves from opinions they disagree with, their peers in Israel are drafted to serve in the Israeli army to protect their country from hostile neighbors and terrorist organizations.

The West could learn a lot simply by acknowledging the truth about Israel.

Judith Bergman is an Israel-based writer, lawyer and political analyst.