Abbas’ Advisor Mahmoud Al-Habbash: We Shall Not Relinquish a Single Micromillimeter of the Western Wall 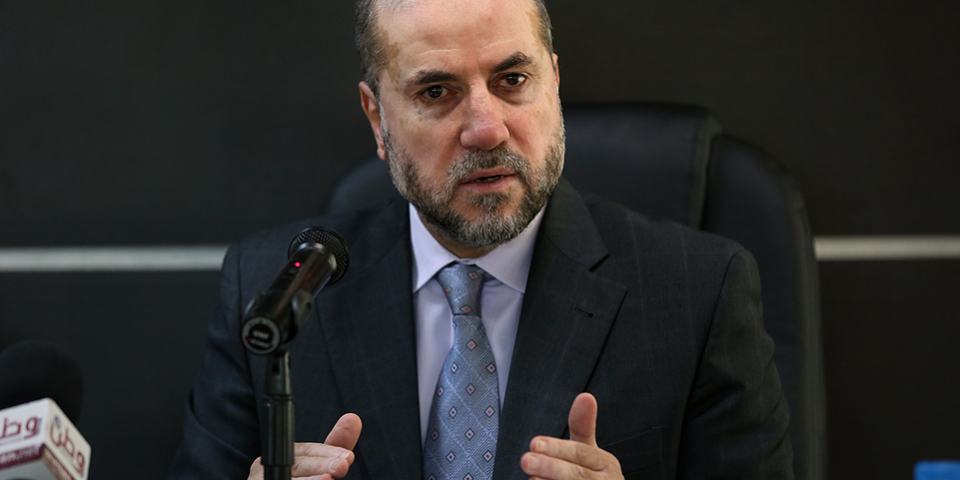 In a Friday sermon, Mahmoud Al-Habbash, advisor to PA President Abbas on Religious and Islamic affairs, said that the Al-Aqsa Mosque, along with the Al-Buraq Wall (the Western Wall) was an Islamic religious endowment and could never belong to non-Muslims. “We cannot possibly relinquish a single millimeter, a single stone, a single micromillimeter of the Al-Buraq Wall and of the blessed Al-Aqsa Mosque,” he said in the sermon, which was delivered on June 9 and broadcast by the official Palestinian Authority TV.

Mahmoud Al-Habbash: The area of the Al-Aqsa Mosque, as it is known today, consists of 144 dunams and 100 square meters. The term “Al-Aqsa Mosque” includes all the courtyards, all the walls, all the stones, and all the land that we know today as the Al-Aqsa Mosque, and first and foremost – lest we forget or are deceived – is the Al-Buraq Wall . The Al-Buraq Wall is an inseparable part of our faith and our religion. It is strongly and ideologically linked to the eternal miracle of the Prophet’s nocturnal journey and ascent to the heavens. It is firmly linked to our Prophet Muhammad. It is an Islamic religious endowment. It can never belong to non-Muslims. No one but the Muslims may have sovereignty over it. It is our mosque, and the Al-Buraq Wall is our wall. It belongs to us. It is our Islamic endowment. We cannot possibly relinquish a single millimeter, a single stone, a single micromillimeter of the Al-Buraq Wall and of the blessed Al-Aqsa Mosque.

Our position regarding the Al-Aqsa Mosque and Jerusalem does not stem solely from political or even national considerations, no matter how important these considerations may be. Our position stems, first and foremost, from ideological and religious considerations, without which the religious faith of Muslims is not complete. Jerusalem and its Al-Aqsa Mosque, along with the Al-Buraq Wall and its plaza, have been entrusted to us and to all Muslims, and we shall never take them lightly, even if we are buried in the ground, even if we are torn from this land, even if we are snatched by birds. We shall never take this trust lightly, because this is the legacy of the Prophet Muhammad.