‘There is massive support for united Jerusalem among US Jews’ 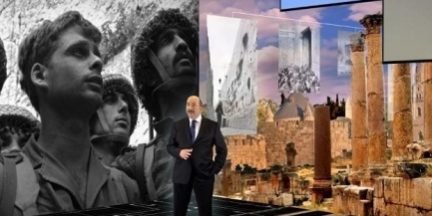 As part of the celebrations marking the 50th year of the reunification of Jerusalem in the Six-Day War, the city of Los Angeles held an event led by former Foreign Ministry Director General Dr. Dore Gold.

Hosting a “Jerusalem United: Fifty Years of Freedom, Three Thousand Years of Jewish History,” a 3-D presentation at the Simon Wiesenthal Center last Tuesday, Gold drew a line between the battles politicians were currently waging over the Israeli narrative about Israel’s rights to Jerusalem and for Jerusalem. Gold provided historical and archaeological facts that supported Israel’s claims to Jerusalem, and referenced relevant points of international law.

Gold told the sold-out audience that the American Jewish community needed tools to combat the series of lies currently being spread about Jerusalem.

Gold said that there was “massive support” in the U.S. Jewish community for a united Jerusalem, but that if the peace process with the Palestinians relaunched under President Donald Trump, the issue of Jerusalem would once again be under discussion. Therefore, Gold said, it was crucial that the Jewish public in the Diaspora be aware of Israel’s international rights, which he said Israel’s enemies were consistently trying to gloss over.

Gold said that Israel’s enemies had adopted a “methodology” of attacking Israel’s identity by “delegitimizing Israel.”