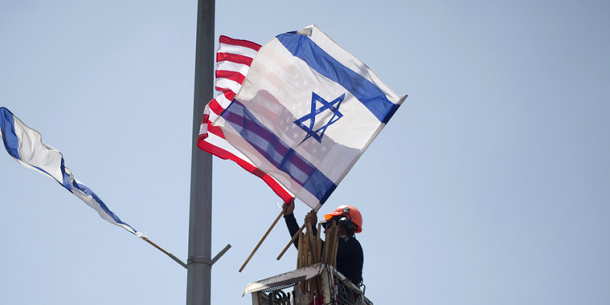 The White House does not expect to announce plans to move the U.S. embassy in Israel to Jerusalem, despite President Donald Trump’s campaign promise to do so.

“There’s no planned announcement for the embassy on the trip,” a White House official told Breitbart News. The official however cautioned that the plan could change, pointing out that Trump “has his own mind and will make his own decisions.”

Trump’s U.N. Ambassador Nikki Haley indicated on Tuesday that the capital should be in Jerusalem and that she saw the Western Wall as part of Jerusalem.

A White House source speaking to Reuters said that moving the embassy to Jerusalem remains a goal of the Trump administration, but that they do not want to complicate their goal of the Israeli-Palestinian peace process.

The official signaled optimism about an Israeli-Palestinian peace deal, although the administration was “well aware” that many presidents had tried and failed to reach a deal.

“He’s taking a different approach. He sees himself as more of a convener and a facilitator and a go-between,” the official explained, rather than a leader that would “dictate terms” to both parties.

Trump will see Palestinian President Mahmoud Abbas during his trip to discuss security and economic issues, but the official cautioned that no one should expect any major announcements.

“This is still about relationship building and taking this effort to the next level,” the official said.