The cost for touching the apple of H-s eye 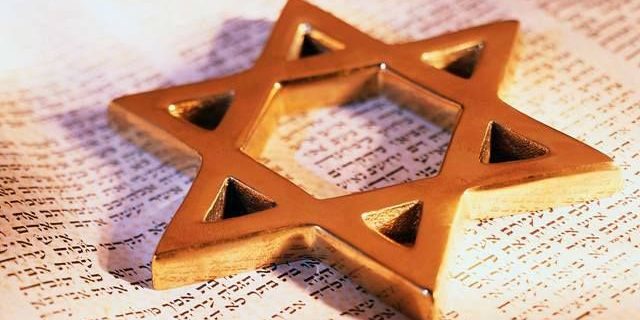 Anti-Semites are not immune to anti-Semitism’s poisonous effects. According to medical studies, negative emotions like anger and hate unleash toxins in the human body whereas on a national level, anti-Semitic hate is toxic to the whole of society.

It is believed that hate churning inside a person restricts blood flow and saps the immune system often resulting in cancer or heart disease. But hatred at the national level damages an entire society—left unchecked, it weakens and ultimately can destroy it from within.

One historian, Paul Johnson, pointed out that in countries where anti-Semitism has gained ground, social and political decline followed. According to economist and Professor Luigi Pascali the 10 percent income gap that exists today between northern and southern Italy is directly traceable to the south’s expulsion of Jews in 1503 and the north’s acceptance of their flourishing financial role as the Jews who remained in the northern cities provided a flow of credit that led to Italy’s first banks. The effects of those decisions made during the Renaissance are still evident in northern Italy’s vigorous banking and credit sectors which is in stark contrast to the South’s depressed economy.

The 1492 Alhambra Decree, a royal edict issued by Spain’s Catholic rulers, declared that all Jews must convert to Christianity or leave the country. The majority of Spanish Jews chose exile over conversion and so Spain lost its financial elite. The result was a decline of prosperity across Europe, wherever Jews were expelled. The same decree drove Christopher Columbus to discover America. While there’s no conclusive proof that Columbus was Jewish, there are many indications that he was Anusim – a Jew who practiced his faith in secret. The deadline for Jews to leave Spain was August 3, 1492. Columbus boarded before midnight August 2, and sailed before sunrise August 3—reportedly aided by Jews both with financing and navigational expertise. Centuries later, Germany exiled the likes of Albert Einstein and Enrico Fermi—another notable brain drain. As anti-Semitism reasserts itself across Europe, one hopes that Europe will have learned some hard lessons from its past.

Similar patterns have overtaken the Arab world. Pulitzer-Prize-winning columnist Bret Stephens, a man with whom I am well acquainted, defines Arabs’ “long-abiding and all-consuming hatred of Israel and Jews” as the chief cause of Arab decline. When the Arabs expelled their approximately 900,000 Jews, but clung to its intense hatred of them, it “proved fatal: lost human capital, ruinously expensive wars, misdirected ideological obsessions, and an intellectual life perverted by conspiracy theory and the perpetual search for scapegoats,” he said.

Pundits give additional reasons for Arab decline—substandard education, health services and scientific research; autocratic, corrupt governments; youth unemployment; and stifled freedom of thought and expression, which stunt intellectual growth and creativity. Yet these concerns are fruits of the anti-Semitic mindset—not its poisonous taproot. What is the antidote for the wave of anti-Semitism inundating the more than 100 million Arabs younger than 30? What will befall a generation of Palestinian children and teens conditioned from kindergarten to hate and murder Jews? Will they change their spots overnight if they get a state? A United Nations Development Program report warns of a youth crisis in the Arab world: “Instead of being a massive potential for building the future, youth can become an overwhelming power for destruction.” While this unsettling assessment presents concerns as to the effectiveness of Israel-Palestinian “peace” talks, the Jewish and Christian Scriptures offer a perspective of hope.

Blessings are available to those who discern the difference between political agendas and truth—and choose rightly. History proves what the prophet Zechariah foretold: that the nations who plunder G-d’s people, the Jews, will “become plunder;” for whoever touches Israel “touches the apple of His eye.” G-d’s decrees carry more weight than any other, and He has promised that those who bless Israel, He will bless, and those who curse Israel will inherit a curse. History itself is the proof text.