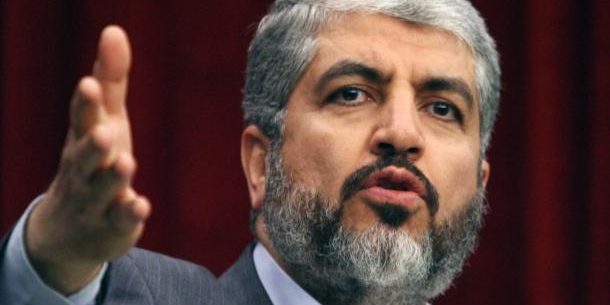 The Hamas terror group swiftly rejected statements made by Palestinian leader Mahmoud Abbas with US President Donald Trump Wednesday, saying he had no authority to negotiate on behalf of the Palestinians.

“No one has authorized Mahmoud Abbas to represent the Palestinian people and no one is obligated to any position he’s issued,” Hamas spokesperson Sami Abu Zuhri wrote on Twitter.

“We reject Abbas’s statement that all final status issues are solvable, because national rights belong to all Palestinians and no one person can relinquish them,” he added.

In his comments Wednesday, Abbas laid out the Palestinian priorities for reaching a peace deal, including on so-called final status issues such as borders and Jerusalem.

“Our strategic option is to bring about peace based on the vision of the two-state , a Palestinian state with its capital of East Jerusalem that lives in peace and stability with the state of Israel, based on the borders of 1967,” he said.

Abbas also told Trump that under his stewardship a peace agreement could be reached.

“We believe that we are capable and able to bring about success to our efforts, because, Mr. President, you have the determination and you have the desire to see if come to fruition and become successful,” Abbas told Trump.

Although Zuhri did not point to any specific positions offered by Abbas on Wednesday, his comments appeared to be total a rejection of any peace deal with Israel, which Hamas remains committed to destroying.

In a new policy document unveiled Monday, Hamas said that while it would accept a Palestinian state in the West Bank and Gaza Strip, it still remains opposed to a Jewish state within the pre-1967 armistice lines, calling the establishment of Israel “illegal.”

On Tuesday, outgoing Hamas leader Khaled Mashaal told CNN that the document was an opportunity for Trump to broker an “equitable solution” to the Palestinian conflict.

When asked if he really believed Trump was up to the task, Mashaal said he believed the current administration has a “greater threshold for boldness” than its predecessors.

The new platform, which was posted online in English, was presented at a time of escalating tensions between Hamas and Fatah. Hamas drove out forces loyal to Abbas in its 2007 takeover of Gaza, a year after defeating Fatah in Palestinian parliament elections. Reconciliation efforts have failed.

Earlier Wednesday, a senior PA official said that Abbas will stop paying for electricity in the power-starved Gaza Strip and “dry up” the flow of funds to the territory’s Hamas rulers.

Hussein al-Sheikh, head of the PA’s Civil Affairs Department, said Hamas profits because it collects electricity payments from Gaza residents. “We are not going to continue financing the Hamas coup in Gaza,” he told the Voice of Palestine radio station.

Gaza residents have been enduring worsening power cuts — a result of border blockades by Israel and Egypt that were triggered by the Hamas takeover. Residents currently live with rolling blackouts — six hours on, 12 hours off — that have further crippled an economy devastated by conflict.