Nation marks Israel’s 69th birthday by celebrating in the sun 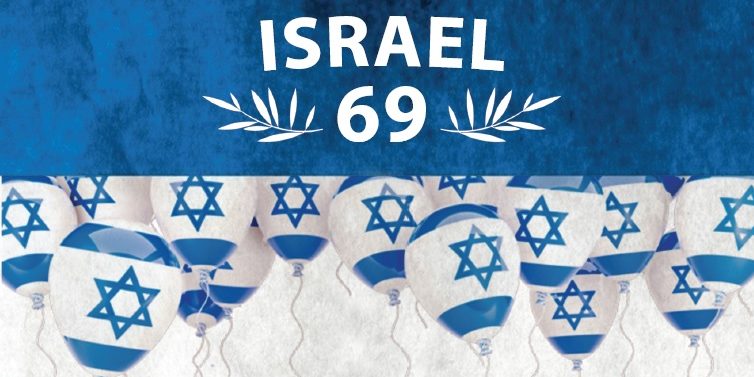 By Times of Israel–

Thousands of Israeli citizens and visitors gathered Tuesday at parks and beaches, at official ceremonies and even in the streets to celebrate Independence Day.

The festivities began Monday night, in accordance with the Jewish lunar calendar, with parties, concerts and fireworks in cities across the country.

Tourist sites were packed to capacity Tuesday and main highways left congested as hundreds of thousands of people headed out to celebrate the holiday.

The Israel Nature and Parks Authority said it closed some of its national parks due to too many visitors. The national parks at Ein Hemed, Horshat Tal and Mayan Harod were all closed after filling to capacity.

Heavy traffic was also reported on the approach roads to the Ashkelon national park.

Some 50,000 people spent the day on the shores of the Sea of Galilee in the north of the country, and tourist sites along the water line stopped accepting visitors due to overcrowding.

Go to Times of Israel for Photo Essay: http://www.timesofisrael.com/nation-marks-israels-69th-birthday-by-celebrating-in-the-sun/