Peace by diplomacy, a risky bet 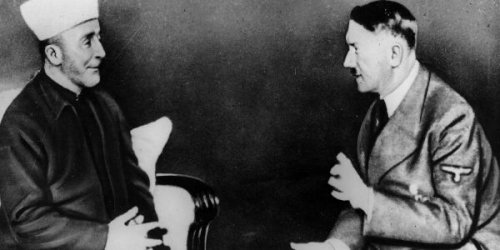 Can diplomacy secure lasting peace between Israel and the Palestinians, or do obstacles point to the likelihood of war? Seen through the lens of history, peace by diplomacy seems a risky bet, because it depends on the motivation and goodwill of all parties. In 1938, Britain’s Prime Minister Neville Chamberlain, waving the nonaggression pact signed by Adolf Hitler declared, “Peace for our time” to a cheering crowd. Less than a year later, Hitler invaded Poland, igniting World War II. As historian Thomas Fuller wrote, “It’s madness for sheep to talk peace with a wolf.”

In the Israeli-Palestinian context, the premise of peace through diplomacy has a fatal flaw: One side has sworn – and will not forswear – the extermination of the other.

There’s no guarantee that Hamas or the “moderate” PA/PLO won’t opportunistically scuttle a signed deal – especially if they see that Israel’s allies won’t help enforce it.

Consider radical Islam’s well-documented worldview: Lying and feigning peace are legitimate tools to advance the dream of a caliphate in which Islam is ascendant over all other faiths. The ultimate intent of the forces aligned against Israel is to shrink its territory, rendering its borders indefensible.

In light of the clear public record, why then do so many identify settlements as the primary obstacle to peace? Could there be something else going on? PLO/Hamas leaders do not prepare their people for peace and coexistence with Israel. Instead they promote hatred, violence and murder from every platform, and teach Israel’s destruction as a Palestinian obligation. As Fatah leader, Mahmoud Abbas’s strategy is to uproot the Jewish state, not merely the Jewish settlements in Judea and Samaria – and the international community is joining the chorus.

Palestinian leaders demand a state with a pre-condition – the mass expulsion of Jews (ethnic cleansing).

By contrast, Israel’s two million Arabs coexist with Jews and enjoy the benefits of a democratic society. Israel’s diversity proves its openness to peace.

How can a viable state be founded on hatred, murder and ethnic cleansing? What is gained by establishing a government with a blatant record of living by the sword, corruption, and harsh oppression of its own citizens? The result would be a house of cards – subject to imminent collapse. “A twostate solution that doesn’t bring peace is not a goal anybody wants to achieve,” the Trump administration stated.

Considering the Palestinians’ public record, the notion that Israeli settlements are the primary obstacle to peace is an oxymoron, as history and legal bases reveal.

Ancient Jewish communities flourished in the West Bank before the Jordanian occupation and have been there ever since. Algemeiner reporter Eric Rozenman sums up the history and legal foundation of the settlements, where “there was never an Arab land called Palestine; Jews… had direct connections to the territory for 3,000 years; the League of Nations Palestine Mandate… and the UN Charter… encourages Jewish settlement on the land.”

Recent history also shows that construction freezes and dismantling settlements never improved the chances for peace. Rather, areas from where Israel evacuated its civilians – Gaza, Sinai, Jenin – became the most lawless, radicalized and dangerous.

Considering this reality, how did the seemingly irrational emphasis on settlements evolve? Where’s the logic? It is logical only within the context of radical Islamist ideology.

A prominent adherent was the “father” of Palestinian statehood, Haj Amin al-Husseini, who, says Prof. Alan Dershowitz, preached it would “violate Islamic law for even a single inch of Palestine to be controlled by Jews. It was he who sought a truly apartheid Palestine.”

Consciously or not, numerous governments and groups have aligned with the radical Islamist mindset.

The PA/Fatah publicly hand out their version of the Palestine “state” map like candy – it depicts the entire Jewish state draped in the Palestinian flag with neither Jew nor sliver of Israel in sight. It’s evident that the hostility toward settlements is part of a greater scheme: to cause the Jewish state to cease to exist. The real obstacle to peace is the evil of antisemitism – and it must be confronted and recognized for what it demands: the destruction of the Jewish state and its people – one bloc at a time.

The writer is an international broadcaster and journalist who has served in senior positions with four US presidents.