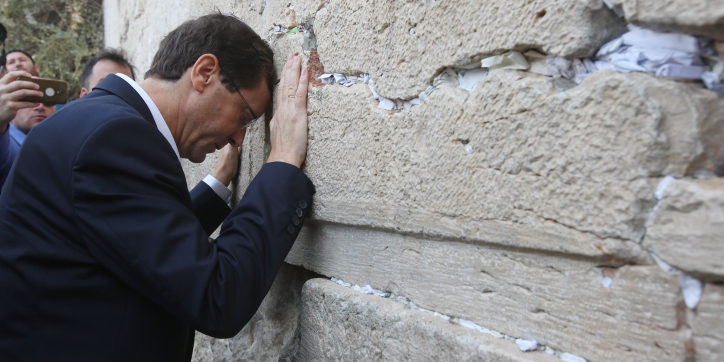 Russia’s Ambassador to Israel Alexander Shein is expected to meet in the coming days with senior Foreign Ministry officials to discuss the significance of its surprise announcement earlier this month to recognize west Jerusalem as the capital of the Jewish state.

Shein is expected to tell his interlocutors that Moscow now recognizes west Jerusalem as Israel’s capital and that it expects that east Jerusalem will be the capital of a Palestinian state in any future agreement.

Though Russia is the first country in the world to recognize west Jerusalem as the capital, its decision does not mean that it will move its embassy from Tel Aviv.

Moscow’s position is that even with this recognition, it remains committed to UN Security Council Resolution 478 from 1980 that slammed Israel for adopting the Jerusalem Law declaring united Jerusalem as its capital, and that called on all countries to move their embassies out of the city.

So far, Moscow’s move has been met with only a muted reaction from the Arab world, even though many have warned US President Donald Trump that if he carries out his campaign promise to move America’s embassy from Tel Aviv to Jerusalem – which would be tantamount to recognition of at least west Jerusalem as Israel’s capital – there would be the risk of a violent flare up, not only in Jerusalem, but throughout the Muslim world.

No such reaction accompanied the Russian move, with one explanation being that the Russians did something that Trump in his campaign rhetoric about moving the embassy did not do: coupled recognition of west Jerusalem with an announcement that it expects east Jerusalem to be the capital of a future Palestinian state.

Israel, meanwhile, has not yet publicly responded to Moscow’s announcement, a statement that was to a large extent drowned out because it came two days after the chemical attack in Idlib and a few hours before the US launched 59 Tomahawk missiles at a Syrian air base in response.

While some speculation about Israel’s silence was that it could not publicly applaud a move that only recognized half the city as its capital, Shein is expected to hear Israeli satisfaction at the move. The reason is because it is seen as a step forward against the idea of Jerusalem as a corpus separatum – separate entity under an international regime – as laid out in the 1947 UN partition plan. The corpus separatum remains a position that many countries, such as those in the European Union, have never formally moved away from, even as the EU often states that it would like to see Jerusalem as a capital of two states.

The Russian move has been explained simply as Moscow’s recognition of the reality that most Israeli government offices are situated in west Jerusalem.

But The Jerusalem Post has learned that the fact that the Middle East diplomatic process has been stuck for three years also played a part in Moscow’s calculations and timing, with Russia wanting its unilateral step to send a clear message to Israel, the Palestinians and the Americans that it is dissatisfied with the status quo.

While Moscow will not move its embassy to Jerusalem, west Jerusalem is expected to appear from now onward in official Russian maps, and will be taught as Israel’s capital in the country’s schools.

So far, no other country has followed Moscow’s lead, nor – according to diplomatic officials – are any expected to immediately do so.