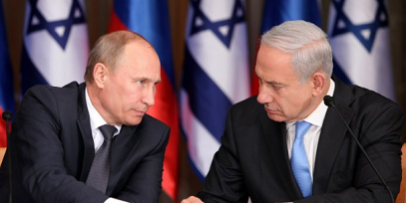 The announcement comes as US President Donald Trump’s administration is agonizing over whether to move its embassy from Tel Aviv to Jerusalem, a move that would constitute recognizing west Jerusalem as the country’s capital. No other country in the world recognizes any part of Jerusalem as Israel’s capital.

The statement issued by the Russian Foreign Ministry reads, “We reaffirm our commitment to the UN-approved principles for a Palestinian-Israeli settlement, which include the status of East Jerusalem as the capital of the future Palestinian state. At the same time, we must state that in this context we view West Jerusalem as the capital of Israel.”

This is a sharp shift in Russian policy, which until now has formally held that Jerusalem should eventually be under a permanent international regime. The statement appears in English on the Russian Foreign Ministry’s Russian web site.

While officials in Jerusalem interpreted this to mean that recognition of west Jerusalem as Israel’s capital will only come once east Jerusalem becomes the capital of a Palestinian state, The Jerusalem Post has learned that Moscow intends this recognition to go into effect immediately.

Russia’s ambassador to Israel will meet with Foreign Ministry officials in the coming days to discuss Moscow’s decision and its ramifications. There is currently no intention, however, of moving Russia’s embassy to Jerusalem.

According to the statement, “The stalling of the Middle East peace process has created conditions for unilateral moves that undermine the potential for an internationally accepted solution to the Palestinian problem, under which two states – Israel and Palestine – could live in peace and security with each other and with their neighbors.”

Moscow reaffirmed its “support for the two-state solution as an optimal option that meets the national interests of the Palestinian and Israeli people, both of whom have friendly relations with Russia, and the interests of all other countries in the region and the international community as a whole.”

The statement continued that “The concrete parameters of a solution for the entire range of issues regarding the status of Palestinian territories, including Jerusalem, should be coordinated at the direct talks between the parties involved. Using its opportunities as a permanent member of the UN Security Council, a co-sponsor of the peace process and an active member of the Middle East Quartet of international intermediaries, Russia will continue to provide assistance to the achievement of Israeli-Palestinian agreements.”

The statement also said that Moscow will “focus on ensuring free access to Jerusalem’s holy places for all believers.”

Israel’s Foreign Ministry had no immediate reaction to the Russian statement.

One diplomatic official said that timing may be connected to Russia – in the wake of the chemical attacks in Syria – wanting to deflect criticism of being a chief enabler of Syrian President Bashar Assad. Likewise, the official said, it was likely that the statement is Moscow’s answer to the apparently rejuvenated US efforts to revive the Israeli-Palestinian diplomatic process, and a signal that Russia is a relevant party that wants to play an active role in the process.