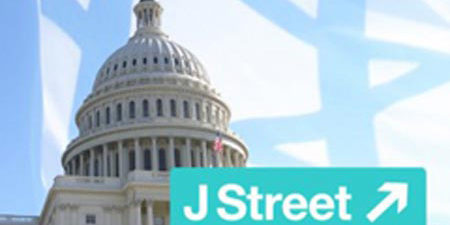 We try to rationalize that the anti-Zionist behavior of individual Jews does not justify antisemitic bigotry.

However, the crass political exploitation of their Jewish identity by American leaders of purportedly “nonpartisan” mainstream Jewish organizations is unprecedented. Today, in what must be described as self-destruction, a substantial number of irresponsible leaders of the most successful and powerful Jewish Diaspora community seem to have gone berserk, and are fueling antisemitism.

Nobody suggests that Jews should not be entitled, like all American citizens, to engage in political activity of their choice. As individuals, they may support or bitterly criticize their newly elected president – but as leaders of mainstream religious and communal organizations they are obliged, as in the past, to assiduously avoid being perceived as promoting partisan political positions. What has taken place in leading mainstream American Jewish organizations during and since the elections can only be described as a self-induced collective breakdown. What might have been regarded as a temporary aberration has in fact intensified in recent weeks.

Let us set aside the fact that many of these liberal Jewish organizations have also distanced themselves from or even abandoned Israel. They have done so even though the Trump administration has the potential to restore the US-Israel alliance that president Barack Obama undermined in a vain effort to appease Muslims. It is also clear that, for many assimilated liberal Jews, Israel is no longer a priority, especially now that President Donald Trump has signaled his intentions to renew the alliance.

The facts are that liberal Jewish leaders have declared a hysterical war against the Trump administration.

Led initially by the Anti-Defamation League but rapidly joined by the Reform and Conservative wings of the Jewish community, many Jewish community leaders have exploited their positions to endorse a vicious campaign in which Trump is portrayed as a satanic antisemite promoting fascism and racism, representing the antithesis of Jewish values. This, despite the reality that his presidency highlights an unprecedented acceptance of Jews at the highest levels of government.

Headed by CEO Jonathan Greenblatt, a former Obama staffer, the ADL initiated its campaign during the elections by effectively echoing the far-left J Street.

It accused Trump of tolerating and encouraging antisemitism and white supremacy and engaging in Islamophobia. Greenblatt went so far as to proudly announce that if immigration restrictions weighed against Muslims he would proclaim himself a Muslim, and called on Jews to do likewise.

At the same time, some progressive rabbis, usually without a mandate from their constituency, organized fasts and days of mourning in their synagogues and, donning prayer shawls and kippot, they paraded at the forefront of anti-Trump demonstrations that vulgarly undermined the presidency, emphasizing that their political stance was a product of their religious Jewish values.

Furthermore, they supported and participated in demonstrations led and hijacked by vicious anti-Israel Muslim activists such as Linda Sarsour and even convicted Palestinian terrorist Rasmea Odeh. In a similar vein, the ADL continues to promote Black Lives Matter despite its hatred of Israel and support for the boycott, divestment and sanctions (BDS) movement.

The constant false accusations of antisemitism were highlighted by the biased liberal media, emboldening right-wing degenerates who were provided with enormous exposure. This created a perception of a sudden rise in radical Right antisemitism.

There has been a huge flurry of antisemitic outbursts in social media. Jewish organizations have been plagued with bomb threats and several cemeteries were desecrated. The media highlighted these developments and many Jews panicked, in the belief that this was evidence of a dramatic increase in antisemitism, and accepted the false allegation that this was due to the Trump factor. Last week, Greenblatt went so far as to make the preposterous statement that Trump had “emboldened” antisemites and encouraged acts of terrorism in his own country.

Fortunately, to date not a single Jew has been harmed.

It only takes a few fanatical scoundrels to ignite a flow of antisemitic tweets and social media activity. It only takes a handful to telephone bomb threats to Jewish organizations. The campaign to blame Trump and accuse him of indifference to anti-Jewish agitation is simply nonsensical.

It is also noteworthy that the first person arrested for having made numerous bomb threats was no alt-right extremist but an African-American notorious for his tweets against “white people” and the “white media.”

Alas, the reality is that in promoting their personal political agenda and vulgarizing and demonizing Trump while posing as Jews motivated by religious principles, they are hypocritically exploiting their leadership positions and fueling antisemitism.

This becomes even more stark in contrast to the eight years of Obama’s administration, during which not a single condemnation was uttered against the outrageously biased statements of the administration in relation to Israel. Obama’s repeated statements attributing moral equivalence to Israeli defenders and Palestinian terrorists, his accusations of disproportionate Israeli response to terrorism and his refusal to condemn the Iranians as they repeatedly vowed to wipe Israel off the map were all ignored. Meanwhile, Prime Minister Benjamin Netanyahu was treated despicably in Washington while Obama was groveling to the Iranian terrorists.

There is no distinction between antisemitism of the Right and Left and the forces of bigotry that are mushrooming globally, including within the US, which is nevertheless the most tolerant nation in the world in relation to Jews.

The reality is that today, the prime global antisemitic threat emanates not from neo-Nazis but from the witches’ brew of far-left and Muslim anti-Jewish incitement, which has transformed many American university campuses into hotbeds of antisemitism.

Jewish students are being intimidated and pro-Israel speakers denied the opportunity to make their case.

This has deteriorated over recent years and today represents the central source of antisemitic agitation in the US. Where are the shrill voices against this manifestation of antisemitism from those that blame Trump for antisemitic threats? Greenblatt went as far as to oppose the legislation against BDS, insisting that some of its promoters still loved Israel and should not be condemned.

A large proportion of Trump supporters are Christian Evangelicals whose passionate support for Israel more than compensates for liberal Jews who are more concerned about Muslims, a substantial proportion of whom hate and would kill Jews, endorse jihadism and support the destruction of the Jewish state. Obviously, witnessing Jews purporting to be upholding Jewish values by engaging directly in the demonization of their president must outrage them.

It is surely time now for responsible Jewish leaders to intervene and condemn this distortion of Judaism, making it clear that these liberal officials and rabbis have no mandate to speak on behalf of the Jewish community and are simply promoting their personal political agendas.

The Zionist Organization of America and some Orthodox Jewish groups are trying to dispel the perception that these attacks on Trump are officially Jewish-sponsored. To his credit, Abe Foxman, himself a liberal and who headed the ADL for three decades prior to Greenblatt, urged Jewish leaders to “cool it,” emphasizing that “Trump is not an antisemite.” He warned that the issue “has been hijacked politically by Democrats who’ve made it a political issue to attack Trump,” though he also noted that “Republicans made it a political issue to defend him.” His conclusion: “The whole issue has become a political football and that doesn’t serve us.”

It is sad and ironic that the decline of the most affluent and successful community will have been engineered by some of its leaders who, in their fanatical liberal zeal, exploited their Judaism and Jewish affiliations to advance a partisan political agenda. Unless this tide of official Jewish anti-Trump demonization is reversed or halted, there will be major long-term negative ramifications on the standing and influence of the American Jewish community.

The author’s website can be viewed at www.wordfromjerusalem.com. He may be contacted at ileibler@leibler.com.