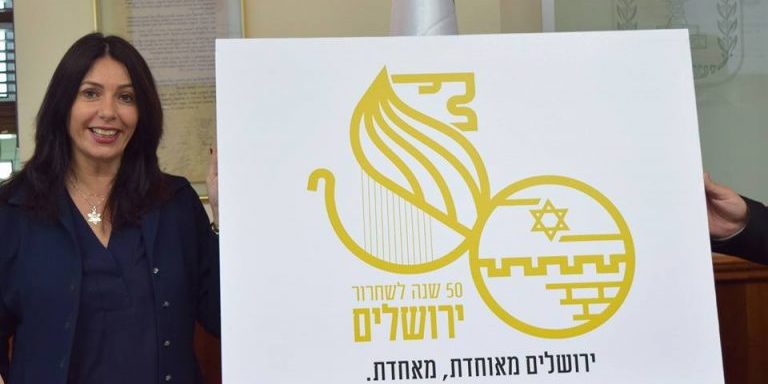 As Jerusalem’s Jubilee celebration approaches, the Israeli parliament has, for the first time, proposed establishing a government body focused on strengthening the connection between the Jewish State and its holiest site: The Temple Mount. This move has generated anger among Palestinian politicians, who believed recent efforts by the UN to erase this Jewish connection were successful.

In a move that has attracted the ire of the Palestinians, Culture Minister Miri Regev and Jerusalem Minister Ze’ev Elkin proposed a new foundation to promote the Jewish connection to the Temple Mount. A $550,00 yearly budget will be added to the already existing Western Wall Heritage Fund, establishing the Temple Mount Heritage Foundation. It will be responsible for “research, information and advocacy” about the Jewish connection to the site.

Arab MKs attacked the proposal in the Knesset, claiming the site is holy exclusively to Islam.

Ahmad Tibi of the Joint Arab List decried the foundation in the Knesset hearing, declaring, “The Al Aqsa Mosque and the Holy Sanctuary (The Dome of the Rock), and all of its surrounding land, are holy to Islam and they are all an Islamic Mosque.

MK Yehudah Glick (Likud), who has been advocating universal prayer at the site for many years, was enthusiastic.
Read more at https://www.breakingisraelnews.com/85006/time-jerusalem-jubilee-knesset-strengthens-state-connection-temple-mount/#yCbSDw2paFFrJe6K.99