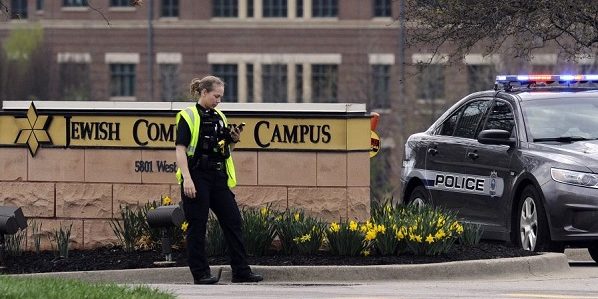 Political correctness still seems to impel us to continue chanting the mantra that we are prohibited from relating to antisemitism as a cause for settling in Israel and insisting that the only motivation for aliya today is to enable a committed Jew to lead a truly Jewish life in his homeland.

Without disputing this, it is now high time for Diaspora Jews in many parts of the world to shake off their denial and confront the reality. They must acknowledge that all indicators predict that their situation is only going to worsen and that in some countries a call for aliya in the face of rising antisemitism is warranted.

The feverish increase in antisemitism is a global phenomenon.

However, while Jew-hatred in the United States, Canada and Australia is a far cry from what is happening in Europe and South Africa, even there a witch’s brew of Muslim, leftist and neo-Nazi Jew-hatred is making its impact.

In the United States, amid bomb threats and cemetery desecrations, the principal menace is from the combined far-left and Muslim antisemites, primarily on university campuses, where Jewish students are increasingly intimidated.

The left-liberal Jews who failed to react to president Barack Obama’s vicious anti-Israel diplomatic onslaughts and played down the venom on campuses are now promoting a partisan political agenda by blaming President Donald Trump for the recent threats and desecrations. They even support anti-Trump movements headed by antisemites and former Islamic terrorists.

In promoting this scurrilous campaign, they are creating resentment among hitherto pro-Israel Christian elements.

But despite these tensions, the prediction of a wave of aliya from the US in response to antisemitism is nonsensical.

Basically, Americans are the least antisemitic people in the world. The more assimilated Jewish liberals are abandoning Israel and the outlook for their Jewish continuity is not promising. The main aliya from the US, as from Canada and Australia, will continue to be small numbers of Orthodox and committed Jews who see their long-term future as Jews in Israel.

But Europe is entirely different. Here, antisemitism directly impacts upon Jews who have already been subjected to the status of pariahs and whose quality of daily life will assuredly deteriorate.

This does not suggest that Jews in Europe are facing imminent extermination as was the case on the eve of the Holocaust. The existence of a Jewish state willing to provide haven for any Jew provides insurance that such a situation will never recur. But the quality of Jewish life in Europe today does justify a call for mass emigration.

What sort of a life is it for a Jew when he is fearful to be seen in public with a kippa or any other outward manifestation of his Judaism that could make him a target for violence or a magnet for crazed terrorists? Or when schools, synagogues and any locations where Jews meet require military protection or oblige Jewish communities to create their own security services? Who could have dreamed of such a situation a mere 10 years ago? Who would have envisaged that the finest universities in the UK and Europe would be transformed into platforms for anti-Israel and antisemitic activity and which frequently intimidate Jewish students, deny them freedom of expression and prevent pro-Israel speakers from having an equal opportunity to present their case? Consequently, many Jewish students try to conceal their Jewishness and some assume leading roles as chic anti-Zionist activists to be socially accepted. It is a nightmare situation to which most Jews have simply adjusted as an inevitably negative aspect of their lifestyle.

Violent Islamic terrorism, including a home-grown variety, is now a daily threat to Europeans. The influx of “refugees,” many of whom are deeply imbued with antisemitism, has only accentuated this problem, and wherever possible, the barbaric Islamic terrorists primarily target Jews.

While most governments pay lip service to the fight against antisemitism, “popular” hatred of Jews is growing and – despite clear evidence to the contrary – Israel is still being blamed as the source of Islamic extremism.

Antisemitism is rife in the media and political arena but even the slightest criticism of Islamic extremism leads to accusations of Islamophobia and indictments of “racism,” reflecting a curtailment of freedom of expression when it comes to exposing Islamic extremist activity.

The situation is somewhat different in each country.

Ironically, Eastern European countries are less hostile than their Western counterparts. France is the most extreme. In Britain, despite a positive government, the situation is disastrous on the grass-roots level and one cannot but be shocked at the visceral hatred of Israel and Jews as evidenced by demonstrations and the talkbacks on social media and in popular newspapers.

In addition to which, Jeremy Corbyn, the leader of the opposition, can be described as the left-wing equivalent of the late British fascist leader, Oswald Mosley.

His friends and allies include Islamic terrorist supporters and outright antisemites.

His electoral prospects today are dim. Yet setting aside the Liberal Democrats, the UK has a two-party system.

Should the present government encounter a financial crisis, precedents indicate that electors would simply vote against the incumbent. If, under such circumstances, Labour with its current leadership assumed the reins of power, it would be catastrophic and the UK would become the first truly anti-Jewish government elected in Western Europe since World War II.

The impact of the mass Arab migration on the quality of life has created enormous resentment throughout Europe. Combined with the unexpected victory of Trump in the US, many anti-Arab populist parties have become very powerful. Some of these, when they were small fringe parties, harbored antisemitic elements, although in most cases in France and Austria, the antisemites were expelled as the parties sought wider acceptance.

In France, many Jews find themselves in a predicament as they face elections and the unenviable task of voting either for center or left-wing groups viscerally hostile to Israel, populist parties that previously had antisemitic components, or abstaining.

The situation is not so acute for ultra-Orthodox Jews, who live in ghetto-like societies. But because of their distinctive garb, they face increasing hostility in the streets.

Those who no longer care about their Jewishness assume a low profile and seek to discard their Jewish identity. In most cases, their children will no longer consider themselves Jews.

It is the remaining, committed Jews who face a quandary.

Many of them live among fellow Jews and rarely face antisemitism directly. They live in denial and philosophically dismiss the hostility and the discrimination their children endure.

Jews should not be willing to live under such circumstances.

There is no guarantee in any society that children will maintain the traditions of their parents. But in today’s Europe, it is almost impossible to have any confidence about nurturing Jewish grandchildren who will retain and take pride in their heritage. For many, the odds of shedding their Jewish identity are very high.

The time has come to speak out clearly. Conditions for Jews in Europe will almost certainly worsen, even in countries like the UK. Jews who value their heritage and wish to see their children and grandchildren remain proud and committed Jews should make every effort to leave. To emigrate is no easy challenge. Setting aside inevitable social dislocations, wealthy families can pack up and leave immediately and in many cases continue to live comfortably.

However, even allowing for the fact that Israel today has one of the most successful economies in the world, many middle-aged families may find it difficult to find meaningful employment. Most of them will remain.

They should at least encourage their children to settle in Israel. They will have the advantage of finding an enormous variety of career opportunities and be in an environment that enables them to be proud Jews participating in the growth of their homeland.