Trump-Palestinians must earn a two-state solution 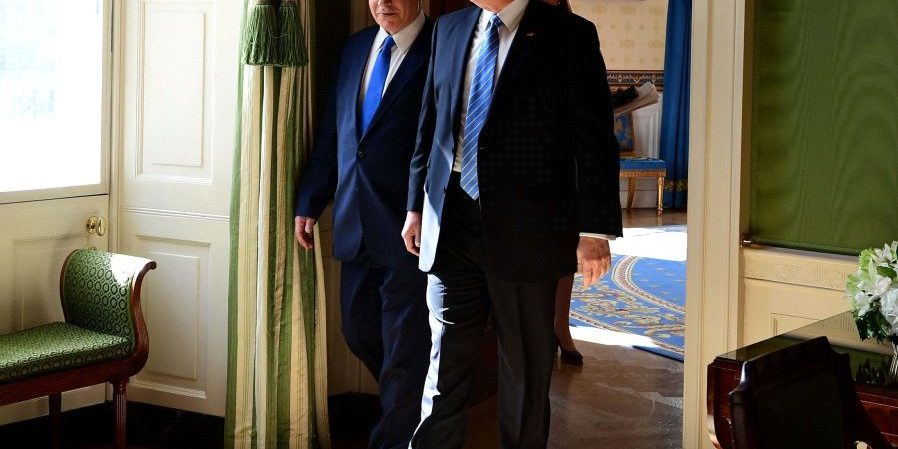 President Donald Trump raised eyebrows when he mentioned the possibility of a one-state solution. The context was ambiguous and no one can know for sure what message he was intending to convey. One possibility is that he was telling the Palestinian leadership that if they want a two-state solution, they have to do something. They have to come to the negotiating table with the Israelis and make the kinds of painful sacrifices that will be required from both sides for a peaceful resolution to be achieved. Put most directly, the Palestinians must earn the right to a state. They are not simply entitled to statehood, especially since their leaders missed so many opportunities over the years to secure a state. As Abba Eben once put it: “The Palestinians never miss an opportunity to miss an opportunity.”

It began back in the 1930s, when Great Britain established the Peale Commission which was tasked to recommend a solution to the conflict between Arabs and Jews in mandatory Palestine. It recommended a two-state solution with a tiny noncontiguous Jewish state alongside a large Arab state. The Jewish leadership reluctantly accepted this sliver of a state; the Palestinian leadership rejected the deal, saying they wanted there to be no Jewish state more than they wanted a state of their own.

In 1947, the United Nations partitioned mandatory Palestine into two areas: one for a Jewish state, the other for an Arab state. The Jews declared statehood on 1948; all the surrounding Arab countries joined the local Arab population in attacking the new State of Israel and killing one percent of its citizens, but Israel survived. In 1967, Egypt and Syria were planning to attack and destroy Israel, but Israel preempted and won a decisive victory, capturing the West Bank, Gaza Strip and Sinai. Israel offered to return captured areas in exchange for peace, but the Arabs met with Palestinian leaders in Khartoum and issued their three infamous “three noes”: no peace, no recognition and no negotiation.

In 2000-2001 and again in 2008, Israel made generous peace offers that would have established a demilitarized Palestinian state, but these offers were not accepted. And for the past several years, the current Israeli government has offered to sit down and negotiate a two-state solution with no preconditions – not even advanced recognition of Israel as the nation state of the Jewish people. The Palestinian leadership has refused to negotiate.

President Trump may be telling them that if they want a state they have to show up at the negotiating table and bargain for it. No one is going to hand it to them on a silver platter in the way that prime minister Ariel Sharon handed over the Gaza Strip in 2005, only to see it turned into a launching pad for terrorist rockets and tunnels. Israel must get something in return: namely real peace and a permanent end to the conflict.

The Palestinian leadership’s unwillingness to come to the negotiating table reminds me of my mother’s favorite Jewish joke, about Sam, a 79-year-old man who prayed every day for God to let him win the New York lottery before he turns 80. On the eve of his 80th birthday, he rails against God: “All these years I’ve prayed to you every day asking to win the lottery. You couldn’t give me that one little thing!” God responded: “Sam, you have to help me out here – buy a ticket!”

Now President Trump is telling them that they have to “buy a ticket.” They are not going to get a state by going to the United Nations, the European Union or the International Criminal Court. They aren’t going to get a state as a result of the BDS or other anti-Israel movements. They will only get a state if they sit down and negotiate in good faith with the Israelis.

The Obama administration applied pressure only to the Israeli side, not to the Palestinians. The time has come – indeed it is long past – for the US to tell the Palestinians in no uncertain terms that they must negotiate with Israel if they want a Palestinian state, and must agree to end the conflict, permanently and unequivocally. Otherwise, the status quo will continue, and there will be only one state, and that state will be Israel.

The Palestinians are not going to win the lottery without buying a ticket.